Each week we examine in detail one of the airlines attending an upcoming Routes event. In this edition we analyse easyJet, which is attending World Routes 2018.

Low-cost European point-to-point airline easyJet launched its first flights from London Luton in 1995. Its inaugural services to Europe came in April 1996, with flights from Luton to Amsterdam, Nice and Barcelona.

After floating on the London Stock Exchange in 2000, easyJet expanded with a base at London Gatwick a year later and then went on to buy rival Go in 2002. It further expanded through acquisition in 2007 with the purchase of GB Airways.

The airline, which hired Johan Lundgren as latest chief executive last December, now flies to more than 30 countries in Europe and North Africa, carrying 36.8 million passengers in the six months to 31 March 2018. 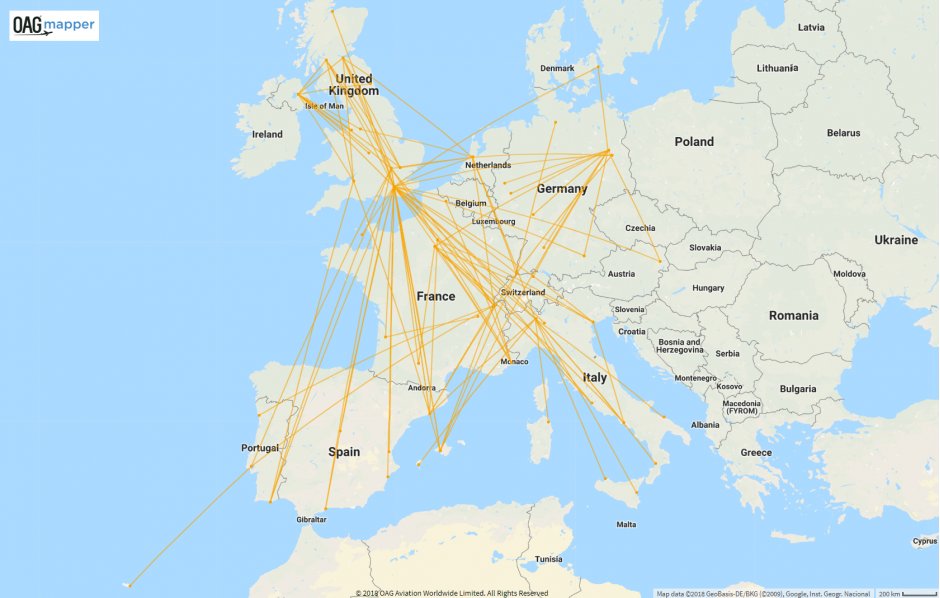