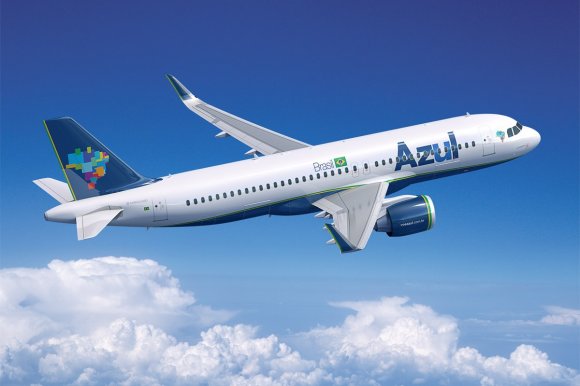 Smith will take up his duties at Air France-KLM at the latest on 30 September 2018. Anne-Marie Couderc, non-executive chairman of the Air France-KLM and Air France boards, and the management committee consisting of three members, will continue to perform their duties until then.

Couderc said: “The arrival of Benjamin Smith is excellent news for the Group. Benjamin is a world-renowned leader in the airline sector who successfully transformed Air Canada.

"As a man who prefers dialogue, he developed and implemented the historical long-term win-win agreements with the airline’s social partners for the benefit of Air Canada’s teams, the airline and all other stakeholders."

The HNA Group-owned carrier sold part of its stake in Azul in April to a subsidiary of United Airlines’ parent for $138.3m. The latest disposal is to a number of US institutional investors.

The share sale came as Azul reported its financial results for the second quarter of 2018. Net income adjusted for non-recurring items totalled R$238.3m ($61.6 m), compared to a net loss of R$38.6 million in the same period last year.

Passenger traffic (RPKs) increased 17.4 percent over a capacity increase of 18.6 percent resulting in a load factor of 80.1 percent, 0.8 percentage points lower than in the three months to June 2017.

In July, Azul announced a letter of intent to acquire 21 Embraer 195-E2 aircraft, increasing its total firm order of E2s to 51.

Mesa intends to use the net proceeds from the offering to repay debt, to pay fees and expenses related to the flotation and for “general corporate purposes”.

Headquartered in Phoenix, Arizona, the airline provides scheduled passenger service to 110 cities in 38 states, the District of Columbia, Canada, Mexico, Cuba and the Bahamas. As of 31 March 2018, Mesa operated a fleet of 145 aircraft with approximately 610 daily departures.

Rwanda partners with IATA to improve safety
The International Air Transport Association (IATA) and the Rwanda Civil Aviation Authority (CAA) have signed a Memorandum of Understanding (MoU) to partner for the improvement of aviation safety.

Under the MoU, the parties will work together to establish a framework for using the IATA Operational Safety Audit (IOSA).

"Rwanda CAA is committed to improving African aviation safety. Our partnership with IATA will help us to do that by taking greater advantage of IOSA in our safety oversight programme,” said Silas Udahemuka, director general.

IOSA was established in 2003 to be the global benchmark for airline operational safety management.

India set for round three of Udan scheme
India’s Ministry of Civil Aviation is reportedly set to announce the third phase of its regional air connectivity scheme, Udan, next month.

The new round will focus on underserved tourist destinations across the country. The government has tentatively identified 12 airports which include Aurangabad, Gaya and Vidyanagar.

“We are planning to invite bids for Udan-3 in September and announce successful bidders by October,” minister of state for civil aviation Jayant Sinha told reporters.

Earlier this month, Korean Air confirmed plans to open a non-stop service from Seoul Incheon to Boston Logan as part of its joint venture with Delta Air Lines.