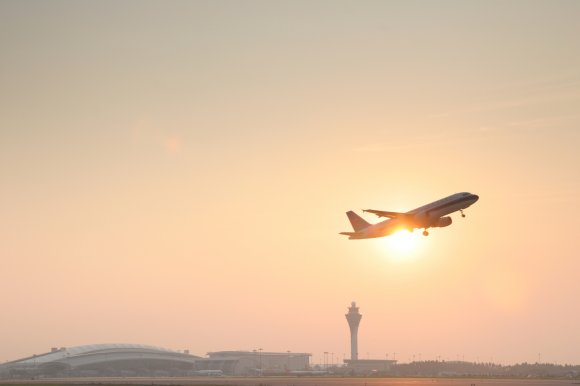 China’s aviation industry is growing rapidly. The market is currently the second largest in the world but is on course to surpass the US as the biggest by 2022, two years earlier than previously predicted.

Analysis of data provided by Sabre Market Intelligence shows that airlines with an Air Operator’s Certificate issued by the Civil Aviation Administration of China collectively carried 589 million passengers in 2017, a massive 42 percent increase on the total in 2013.

During the first-half of this year, preliminary statistics show that China-registered carriers flew 304 million passengers on domestic and international routes, compared with 278 million in the first six months of 2017. The figure means airlines are on course to carry more than 600 million passengers in 2018.

Over the past five years, the total number of passengers travelling on Chinese airlines has increased at an impressive rate.

A burgeoning domestic market has been a major source of growth, with the number of passengers travelling on routes starting and ending in mainland China rising by 45 percent between 2013 and 2017 to 523 million.

Growth in overseas routes has also pushed up combined international passenger numbers by a quarter over the same period.

More than 97 million passengers flew on China Southern Airlines in 2017. The figure was almost 3 million more than the previous 12 months and ensured the SkyTeam alliance member, which is the official carrier for World Routes 2018, retained its position as the biggest in China.

Overall, the Guangzhou-based airline has grown passenger numbers by 18 percent over the past five years.

China Eastern Airlines ranked as the second largest by passengers in 2017 with 95.3 million carried. This was a 7.6 percent rise from 2016 and 33 percent higher than the total in 2013. Air China, Hainan Airlines and Xiamen Airlines completed the top five largest Chinese airlines by passenger numbers in 2017.

Historically, China’s domestic market has dwarfed international services, but airlines have been rapidly stretching their wings in recent years.

Long-haul growth is being boosted by Chinese carriers seeking to tap into outbound tourism demand and by large government subsidies. Such financial support gives carriers a competitive advantage over international rivals.

Earlier this summer, Hainan Airlines also applied to serve Los Angeles from Xi'an, while China Southern hopes to open a route to the Californian city from Shenyang.

The Civil Aviation Administration of China (CAAC) plans to ease its “one route, one airline” policy on long-haul routes later this year, saying the move will help the country to “adapt to the new stage of development” of its aviation industry.

It also hopes a relaxing of the rule will help to promote Beijing’s new $12bn Daxing International Airport, due to open in 2019. Once operational, the airport expects to handle 72 million passengers each year by 2025.

In 2018 Indonesia will be among the largest international growth markets for China. The booming Thai market is also expected to deliver significant growth, with China Southern adding flights to Bangkok from Shenyang and Ürümqi Diwopu, as well as Wuhan - Phuket.