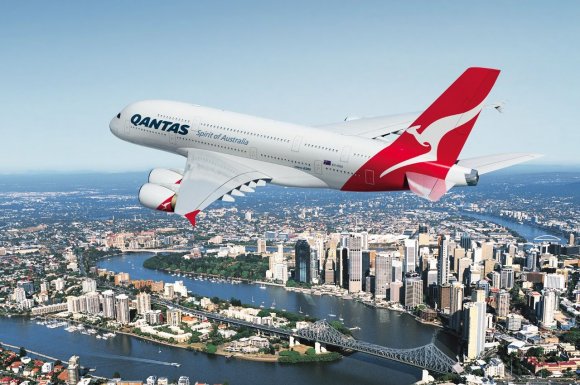 Previously, Laderman served as senior vice president of finance, procurement and treasurer and as a member of the senior executive leadership team.

"Gerry has been an integral member of our leadership team throughout my tenure at United,” said chief executive Oscar Munoz.

“Gerry is widely respected throughout the industry and on Wall Street for his innovative approach to aircraft financing and debt structures, as well as his effective management of the balance sheet.”

Laderman previously served as senior vice president of finance and treasurer for Continental Airlines from 2001 to 2010 and joined Continental in 1988.

The group’s domestic flying operations delivered EBIT of A$1.1bn, which is 25 per cent higher than FY17 and represents a new record for the business.

It said this was achieved through the combination of Qantas and Jetstar’s network, schedule and product strengths in key markets, and supported by capacity discipline driving higher seat factors and higher unit revenue.

Qantas International increased its earnings by 7 per cent to A$399m.

“We’re seeing healthy demand across key sectors matched with improving levels of capacity discipline, which is a positive sign for the year ahead,” said chief executive Alan Joyce.

“This record result comes despite higher oil prices. We’re facing another increase to our fuel bill for FY19 and we’re confident that we will substantially recover this through a range of capacity, revenue and cost efficiency measures, in addition to our hedging programme.”

Aeroflot celebrates 60 years of Delhi flights
Aeroflot has celebrated 60 years of scheduled flights to Delhi, the capital of India. The first regular flight between Moscow and Delhi took place on 18 August 1958 on a Tu-104.

India was Aeroflot’s first country in Southeast Asia, and since then Aeroflot has been operating the Moscow-Delhi route without a break.

As demand for air travel between the two countries grew so did flight frequencies. At the end of 1950s Aeroflot offered only one weekly flight to India.

The financing will be used to provide additional passenger processing capacity in the terminals. Copenhagen Airport will also upgrade its baggage security standards.

In addition, the airport’s capacity will be increased by the addition of further wide-body aircraft stands and a range of other associated airside infrastructure.

LATAM posts $114m Q2 loss
LATAM Airlines has reported a $114m loss in the quarter to June 2018, a 17.7 percent reduction compared to the second quarter of 2017. This was despite the negative impact of a $79m foreign exchange loss.

The company reduced its fleet commitments for 2018 from $714m to $507m as a result of the current demand environment and industry delays.