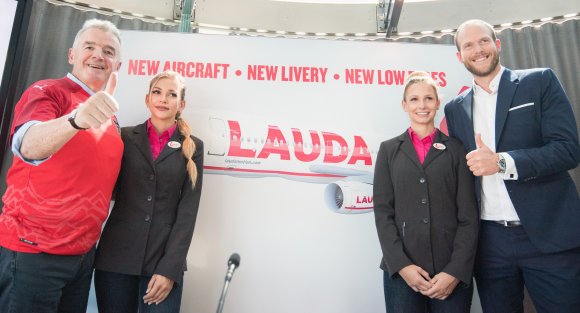 Laudamotion will have a fleet of 18 aircraft in summer 2019, double the number it currently has in operation.

In addition to the nine Airbus A320s joining its fleet, the carrier has unveiled a new aircraft livery which is said to reflect its Austrian heritage.

The airline was formed earlier this year following the demise of NIKI. Ryanair took a 24.9 percent stake in the carrier in March, and upped its stake to 75 percent this month following approval by EU competition regulators.

“Laudamotion has already achieved load factors over 90 percent in its first summer season, thanks to the efforts of over 500 Laudamotion colleagues.

“These nine additional 2019 Airbus deliveries ensure that Laudamotion will grow again by at least 20 percent in 2019 to five million guests per annum.”

The airline currently serves 42 destinations on 83 routes from Austria, Germany and Switzerland.