With more than 13.4 million people travelling on the short-haul domestic service, the 450 km journey from Seoul's Gimpo Airport to the island of Jeju off the coast of the Korean Peninsula has once again claimed the title as the most in-demand air route in the world.

The route has an average of 180 scheduled flights per day - that’s one every eight minutes - transporting mainly leisure travellers from South Korea’s dense capital city to the island, famed for its white sandy beach resorts and volcanic landscape.

A total of 13,460,305 passengers flew between Seoul and Jeju in 2017, an increase of 9.4 percent on the previous 12 months when the route was also ranked as the busiest in the world. It carried a staggering 4,369,364 more people than the second busiest, Melbourne - Sydney Kingsford Smith.

Although the US remains the world’s largest aviation market, the analysis by Routesonline found that air services in the Asia-Pacific region dominate the top 100 busiest routes by passenger numbers, accounting for more than 70 percent of the total.

Hong Kong - Taiwan Taoyuan is the busiest international route and features as the 8th most popular overall, with 6,719,029 passengers flying the 802 km in 2017. Hong Kong, the home hub for Cathay Pacific, features in six of the top ten international routes.

The study also found that the Thai domestic route of Bangkok Suvarnabhumi - Chiang Mai is the fastest-growing route in the top 100. Two-way passenger numbers grew by 36 percent year-on-year to almost 2.4 million.

The research has been released as 3,000 aviation professionals prepare to gather at World Routes 2018, taking place from 15-18 September in Guangzhou, China. The event is a global meeting place for airlines, airports and tourism organisations to discuss new market opportunities and the evolution of existing services.

Steven Small, brand director of Routes, said: “This research backs up forecasts that the Asia-Pacific region will be the biggest driver of passenger demand over the next 20 years. Such staggering aviation growth means it is the perfect time for World Routes to return to China.

“The event will bring together senior decision makers from across the world to plan new air services and discuss increasing the frequency and capacity of the existing routes that are popular with passengers. The negotiations in taking place in Guangzhou could pave the way to the busiest routes of the future.”

The busiest routes in the world were calculated by using OAG Schedules Analyser to find the top 500 routes by overall seat capacity in 2017. The routes were then ranked by passenger numbers using data provided by Sabre Market Intelligence.

The top ten busiest scheduled air routes in the world 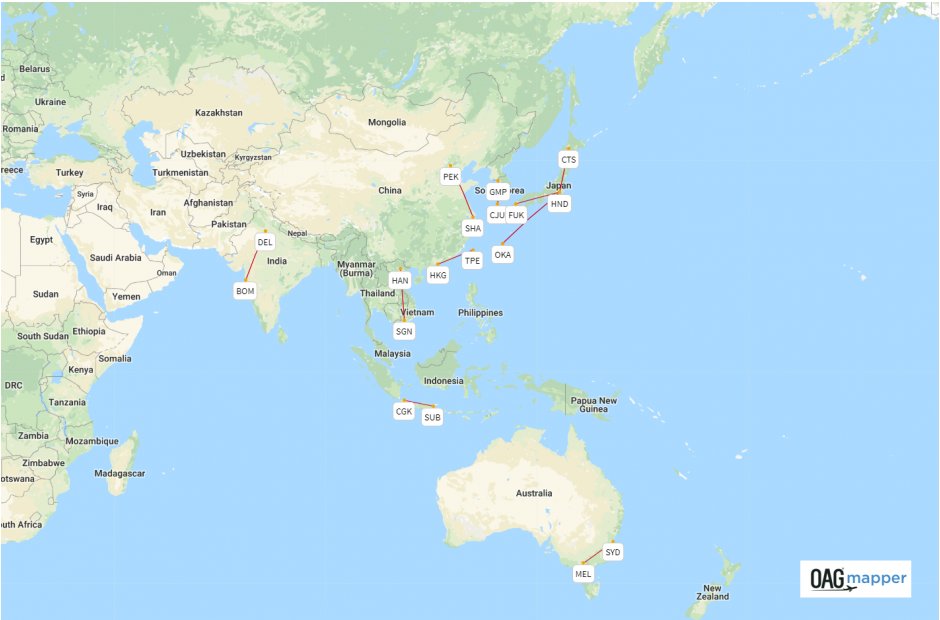