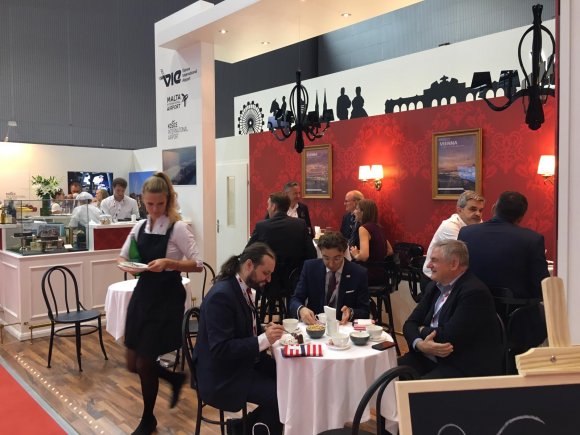 Since Air Berlin and NIKI ceased to trade, easyJet, Wizz Air, LEVEL and Laudamotion have all opened bases at Vienna Airport. Coupled with the expansion of Eurowings and Austrian and passenger volumes are now surging.

In August 2018, the number of passengers handled rose by 11.9 percent, compared to the prior-year month, to 2,783,173 travellers. The number of flight movements also showed a substantial increase of 8.9 percent year-on-year.

“We didn’t expect the market to react the way it did [following Air Berlin's insolvency],” joint CEO and COO Julian Jäger told Routesonline at World Routes 2018 in Guangzhou.

“Austrian is growing as well so overall we’re expecting a record year. Our official forecast is that we’ll have above 6 percent passenger growth, but it could be significantly above that. It was up 11 percent in August and we expect a really strong final quarter of the year.

“Next year there will also be very significant growth as well - all the airlines which have started from Vienna this year want to increase capacity. Laudamotion, for example, will go up to seven or eight aircraft this winter, while Wizz Air wants to go up to five aircraft next summer. It will be an exciting year!”

The low-cost boom at Vienna has been aided by a new incentive scheme launched by the airport. The incentives are discounts on airline airport charges, spread over a period of three to five years and offered for certain volumes and new routes.

“We were confident that we would replace the traffic, but we perhaps didn’t foresee the subsequent growth," adds Jäger. "I think a number of carriers spied an opportunity to become the number two at Vienna.

"For a number of years we were underserved by low-cost carriers. Next year we will probably be overserved and I am sure there will be a reaction in the market. However, I think the growth will be sustainable although there probably won't be as many players in the market. There could be some significant changes in 2020 but the catchment area of Vienna sustains solid growth."