In the lead up to its administration, the group suffered from intense competition on European short-haul routes and was adversely affected by terrorist attacks in Egypt and Tunisia.

Based on management accounts, between 1 November 2015 and 31 August 2017 the group reported a drop of more than £138m in annual revenue, driven by price and foreign exchange pressure.

Over-supply in key destinations also led to a decline in ticket prices, compounded by Monarch’s revenue being largely in sterling while many of its operating costs were in US dollars and euros.

Now, a year after the carrier entered administration, Routesonline looks at what happened to the routes that Monarch operated during the summer 2017 season and how the market reacted.

Monarch operated 689,124 departure seats from Birmingham Airport during summer 2017, with Malaga, Alicante and Faro its top three destinations by capacity.

Across its 30 routes from the airport the airline had competition on 21 of them; 11 of which had four or more rival carriers operating scheduled flights. In total across the 30 routes, a combined 2,015,766 departure seats were available.

In summer 2018, five of the 30 routes previously operated by Monarch were unserved, to Gibraltar, Lisbon, Nice, Preveza/Lefkada and Valencia. In total across the 30 routes, a combined 1,544,222 departure seats were available.

Overall, Jet2 has been the biggest mover in the market. It added seven destinations previously served by Monarch to its network during summer 2018 (Dalaman, Dubrovnik, Larnaca, Naples Capodichino, Rome Fiumicino, Split and Venice Marco Polo).

In total, the carrier operated services to 21 of the 30 destinations during summer 2018 previously served by Monarch, increasing total departure seats across the routes from 273,195 a year ago to 518,224.

Monarch’s top three destinations by capacity from Leeds Bradford during summer 2017 were Faro, Alicante and Palma de Mallorca, with the carrier operating 132,240 departure seats across a total of ten routes.

The airline had competition on all of them, mainly from Jet2 and Ryanair. A combined 712,158 departure seats were available across the ten.

In summer 2018, each of the destinations continue to be served (Alicante, Barcelona, Dalaman, Faro, Larnaca, Malaga, Menorca, Naples Capodichino, Palma de Mallorca and Tenerife), although capacity has reduced on nine of them.

The only one to experience an increase was Dalaman, with the number of available departure seats growing by 48 percent to 34,893 as Thomas Cook and TUI Airways began to operate the route. Faro suffered the largest decline, down by almost 25,000 seats across the season.

As at Birmingham, Jet2 has been the major mover in the market. Its capacity across the ten grew by almost 14 percent to 419,804 departure seats.

During summer 2017, Monarch served 26 destinations from London Gatwick and had a total 754,572 departure seats available.

easyJet provided the strongest competition; operating scheduled services to 25 of the 26 airports. Its capacity was also greater on 21 of the 25 routes where the two carriers competed.

In this year’s summer season, all but one of the destinations served by Monarch continue to be served, with only Zagreb unserved.

Five routes saw capacity growth in summer 2018 - Antalya, Barcelona, Larnaca, Dalaman and Rhodes - the largest of which on services to Antalya thanks to frequency increases by Thomas Cook and TUI Airways.

However, Faro, Palma de Mallorca and Malaga suffered the biggest drops in the number of departure seats available, reducing by 64,246 seats, 63,232 seats and 54,779 seats respectively.

IAG has been a major beneficiary of Monarch’s demise after it bought the bulk of the failed carrier’s landing slots at Gatwick.

Across the 17 routes where it competed with Monarch, British Airways has increased the number of departure seats by 26.3 percent during summer 2018, compared with the same season a year ago. In addition, it picked up Monarch’s former route to Gibraltar.

From London Luton, Monarch operated 15 routes with 301,072 departure seats on offer. It faced competition on all but two of them (Dalaman and Gibraltar), with low-cost carrier easyJet competing on 13 of the 15. A total of 1,135,993 departure seats were available across the 15 routes.

In summer 2018, 14 of the 15 continue to be served, with Gibraltar the only unserved destination.

Of those served, four of them saw capacity increases this summer compared with last (Dalaman, Larnaca, Naples Capodichino and Tel Aviv), with Larnaca experiencing the largest growth of 25,726 thanks to Wizz Air’s entry to the market.

Monarch operated 667,626 departure seats from Manchester Airport during summer 2017, with Alicante, Malaga and Faro its top three destinations by capacity.

Across its 26 routes from the airport the airline had competition on 25 of them; 19 of which had four or more rival carriers operating scheduled flights. In total across the 26 routes, a combined 3,234,227 departure seats were available.

In summer 2018, only one of the routes previously operated by Monarch was unserved, to Zagreb. In total across the 26 routes, a combined 2,787,333 departure seats were available.

Of the served destinations, only four of them recorded capacity increases compared with summer 2017. The number of departure seats to Dalaman rose by 41,406; Dubrovnik increased by 5772; Ibiza by 6,612; and Rhodes by 3,795.

Overall, Jet2 has been the biggest mover in the market. It competed with Monarch on 19 routes and increased capacity on all of them, as well as adding a service to Verona. In total the carrier grew total departure seats across the routes by 23.4 percent to 808,838. 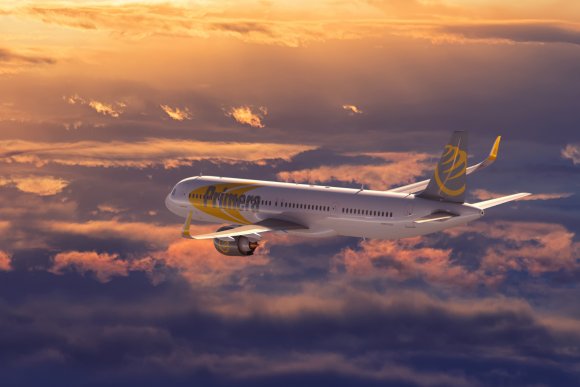 Almost a year to the day since Monarch went bust, low-cost carrier Primera Air has ceased operations after failing to “secure the long-term financing of the airline”. Read more on this story.