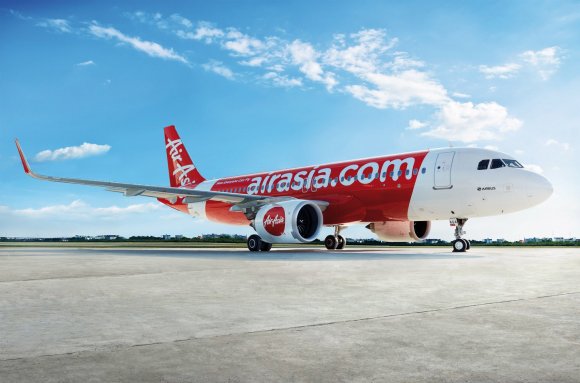 In December, AirAsia will further its expansion into China with a new non-stop service between Kuala Lumpur and Tianjin, connecting the Chinese coastal city of more than 15 million people with Southeast Asia and beyond.

The group’s long-haul low-cost affiliate AirAsia X will provide the only direct services between the two popular tourist and leisure cities, and it is hoped the route will stimulate demand through its budget fares.

The planned route comes as AirAsia is also set to beef up its direct route between Kuala Lumpur and Changsha, doubling the current number of seats by operating its fleet of larger wide-body Airbus A330 aircraft. The capacity increase will take effect from 29 October 2018.

“Together with our existing routes into China, the announcement means we are further strengthening our foothold in northern China and increasing our overall capacity to China - one of our fastest growing markets,” he added.

According to figures from OAG Schedules Analyser, the AirAsia group is this year on course to almost double its capacity to/from China, compared with five years ago.

AirAsia X and sister short-haul carrier AirAsia will collectively operate about 4.2 million available seats on Chinese routes this year, up from 2.14 million in 2013.

With the launch of Tianjin, the group will fly to 20 cities in China. The country is now AirAsia Group’s fourth largest market, behind Malaysia, India and Indonesia.

Ismail added: “We will continue to look for expansion opportunities that not only maintain AirAsia Group’s dominance as the largest foreign carrier to China by capacity, but also enable us to remain committed in our quest to making air travel affordable for everyone.”

Earlier this month, the Malaysian Aviation Commission (MAVCOM) confirmed that AirAsia X has been given the green light to launch three new services to China from early 2019.

The carrier has been given traffic rights to operate scheduled flights to Guiyang from January, as well as Dalian and Lanzhou from March. All services will be four weekly.

“From our first route in Xiamen where we became the first budget airline to fly to China in 2004, to our current office in Guangzhou fondly known as RedHub, is a constant reminder to what we have achieved and what we can continue to establish in China,” group chief executive Tony Fernandes said on a LinkedIn post this month.

“We have managed to build our presence in a market that is still largely under-served and known for its culture of protectionism at that point of time, and we did so by being focused on what we do best; which is marketing, branding and providing connectivity where there isn't.

“My dream is to consistently explore new areas of growth particularly in secondary and tertiary cities while facilitating trade in these routes less travelled by providing connection, just like what we did for the likes of Bandung, Phuket, Jaipur; destination where no one nothing about initially but are now well known tourism darlings.”

Fernandes added that with only about 8.7 percent (or 120 million) of Chinese citizens holding passports, there is “massive potential” for the airline industry in the coming years.

“Paired with our growing network, we have a commanding mix for Chinese tourism growth. I strongly believe in tourism and trade as a complementary unit: one drives the development of the other and local economies benefit from the tourism multiplier effect that consist of job creations, new businesses and so much more,” he said.

“What makes this more exciting is our fly-thru connectivity. There has always been a lack of connection between smaller cities in China and India, but with our extensive fly-thru network, both markets are now more connected than before.”