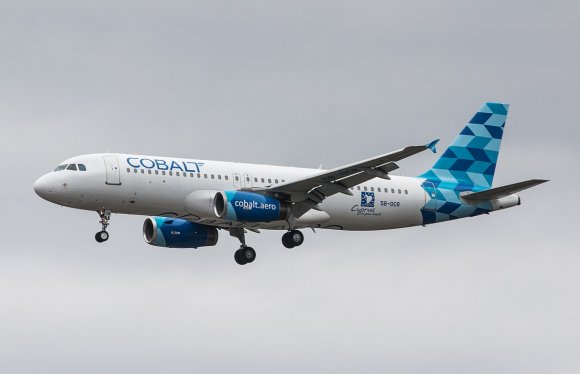 Cypriote low-cost carrier Cobalt Air this month became the latest European airline to cease operations, following in the footsteps of Primera Air, Monarch, Air Berlin and NIKI over the past year.

Cobalt, which was based at Larnaca Airport, had operated since 2016 and flew to 23 destinations, including London Heathrow, Beirut and Moscow Sheremetyevo. It cancelled all flights from 11.50pm on 17 October 2018 after it failed to secure fresh investment.

“As a result, future flights or services provided by Cobalt will be cancelled and will no longer operate,” the airline said in a statement.

“We sincerely apologise once again and would like to thank our very loyal customers for their support over the last two years of Cobalt operations.”

Cyprus' government has now stepped in to help passengers who “are stranded either in Cyprus or abroad”. It will offer compensation for one-way, economy class tickets on other carriers up until 24 October.

Cobalt operated its maiden flight on 1 June 2016 from Larnaca to Athens. Its launch followed the demise of Cyprus Airways in early 2015, which collapsed after the European Commission ordered it to repay €65m in “illegal” state aid.

At the time, Cobalt claimed it would become a ‘new age’ airline offering the best attributes from both low-cost and full service carriers.

According to data from OAG Schedules Analyser, its total capacity was 832,444 seats last year and this was scheduled to rise to 949,668 seats this year.

In summer 2018, Cobalt was the largest airline at Larnaca Airport by departure seats with a 9.8 percent share of the market and more than 350,000 available seats on offer. It operated a fleet of six aircraft (two A319s and four A320s).

Since the failure of Cyprus Airways, much has changed in Cyprus’ market. Annual seat capacity to/from the Mediterranean island has surged as carriers jostle for share, particularly on short-haul leisure routes.

Although the Mediterranean island still predominantly attracts travellers during the summer months, it has boosted its stature as a winter sun destination in recent years.

Cyprus Airways had a 9 percent share of capacity to/from Cyprus in 2014, the last full year before it went bust.

The lost capacity was quickly filled by Aegean Airlines, which doubled its capacity in 2015 compared with the previous 12 months, while the likes of Ryanair, easyJet, Blue Air, Jet2 and Wizz also boosted their presence.

In addition to the launch of Cobalt in 2016, regional airline Tus Airways began operations the same year while a resurrected Cyprus Airways started flights in June 2017. The latest incarnation of Cyprus Airways is backed by Russia’s S7 Airlines after it acquired the rights to the name in 2016.

From Larnaca Airport during summer 2018, Cobalt was the largest airline by departure seats. The carrier had a 9.8 percent capacity share, with Rossiya Airlines second on 8.44 percent and Olympic Air third on 8.42 percent. Wizz Air had a capacity share of 5.8 percent and Blue Air completed the top five with a 5.6 percent share.

Cobalt's top five routes by capacity during the summer 2018 schedule: