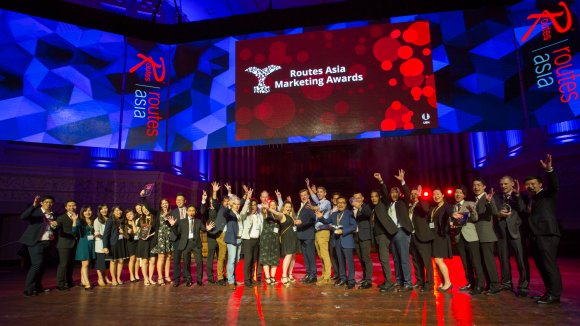 The annual Routes Marketing Awards are widely regarded as the most valuable awards in the route development industry. They are highly sought after accolades within the air service development community.

The awards are voted for and for judged by the airline network planning community. The process begins with the airline community nominating five airports and five destinations that they feel have provided exceptional marketing support over the past 12 months. The airlines casting their votes don’t have to have directly worked with or have an existing relationship with the airport or destination that they nominate.

Airlines nominate five airports and tourism authorities in order of preference, their first choice is awarded five points, their second choice four points and so on. Once this initial voting period has closed, the nominees are split into their relevant categories and their points are totalled. The top five in each category will make the shortlist

So what does it take to excel during the voting stage?

Ellie Wells, marketing manager at Routes says: “Every year, the awards are becoming increasingly competitive. If your marketing activities have delivered results make sure you are shouting about these achievements on your Routesonline profile and across your social media channels. During the voting stage, it’s all about putting your name out there and getting your airline partners to vote for you. Utilise all of the B2B marketing channels available to you – think outside of the box!”

When voting, airlines are only able to select from a dropdown list of airports or destinations that are registered with Routesonline, so the first thing to do is make sure you have a Routesonline account – registering is free. By updating your Routesonline profile, you can make sure that any airlines visiting your page will be aware of the work that you have been doing over the last year. Create articles, press releases, videos and slideshows to share your campaign successes via Routesonline and social media channels.

The next stage
After the voting closes and the shortlists have been finalised, then comes the submission stage. In the next article, we take a look at how you can excel at this stage and will be giving examples from recent award winners' submissions.

The first event on the Routes calendar is Routes Americas, which will take place 12-14 February in Quebec City, Canada. Voting opens for the Routes Americas Marketing Awards in just over three weeks on 19 November 2018 – so if you work for an airport or destination based in the Americas and think that your team deserve recognition for their achievements over the last 12 months, then get ready to put yourself out there!

To advertise on Routesonline, contact Kirsty Studholme or read more about our digital promotion opportunities.