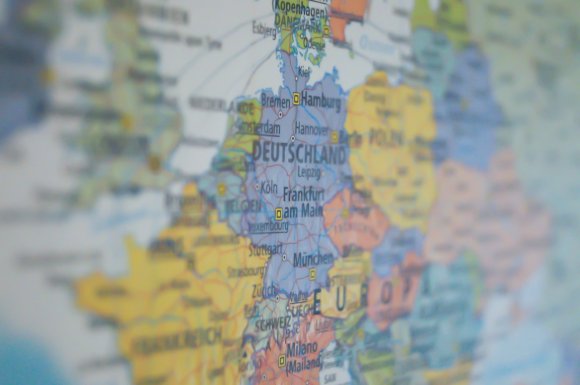 Airline capacity on European routes will accelerate by more than 7 percent during winter 2018/19, Routesonline’s analysis of OAG Schedules Analyser data has found, with Germany and Spain among the countries driving the growth.

According to the latest filed data, there will be more than 611 million available seats on offer on routes to/from and within Europe, a rise of 7.4 percent on 2017/18 and up by 33.4 percent compared with five years ago.

The winter season, which runs from 28 October 2018 to 30 March 2019, is a week longer than the comparable period last year so the figures have been adjusted to reflect the difference.

When analysing the growth in seat numbers from Europe to each region in the world, the highest percentage increase is on services to Africa this winter.

Compared to winter 2017/18, the number of available departure seats will rise by 10.7 percent to in excess of 15 million. However, routes between Europe and Africa account for less than 3 percent of the total seats available.

Capacity on routes from Europe to Asia will rise 10.1 percent, while Latin America and the Middle East will each increase by 8.1 percent. The number of available departure seats on services to North America will rise by 7.9 percent and intra-Europe routes will grow by 7.1 percent.

Total capacity on Europe to Africa routes is set to increase by 10.7 percent this winter, building on the growth of 13.6 percent in winter 2017/18. This followed capacity cuts in previous years as a result of terrorist attacks in North Africa, particularly Egypt and Tunisia.

Among the airlines boosting capacity is Virgin Atlantic, which is set to grow the number of two-way seats by 44.5 percent to more than 250,000. It comes after the carrier added a second daily London Heathrow – Johannesburg flight to its schedule.

Ryanair will also grow capacity on Europe - Africa services by 34.6 percent this winter to almost 2.1 million seats, helped by the launch of nine new routes from Morocco. Five are being opened from Marrakesh to Bordeaux, Bratislava, Oslo, Stockholm and Stuttgart, while four are from Fez to Brest, Bordeaux, Turin and Venice Treviso.

Germany closes the gap on the UK

However, Germany in second place is rapidly closing the gap. There will be almost 6.1 million more departure seats this winter compared with last, a rise of 10.9 percent.

Although Germany’s winter 2017/18 season was affected by the collapse of Air Berlin, the lost capacity was quickly filled by flag carrier Lufthansa and low-cost carriers Ryanair, easyJet and Eurowings among others.

Looking at the total number of departure seats added this winter compared with last, Spain is second to Germany with a planned increase of almost 4.5 million seats. This represents year-on-year growth of 8.8 percent.

Russia ranks third in the total number of departure seats added, while Italy is fourth and France fifth.

In terms of fastest-growing markets, Gibraltar tops the list with expected year-on-year growth of 32 percent thanks to capacity increases from British Airways and easyJet. This comes after the territory’s schedule for winter 2017/18 was badly affected by the collapse of Monarch in October 2017.

Low-cost carriers are set to increase capacity by 8.3 percent this winter compared to last, according to the latest published data. This compares with growth of 6.5 percent across full service carriers.

easyJet will add the largest amount of capacity among low-cost carriers, with a planned increase of 14 percent this winter. Ryanair’s capacity will rise by about 6 percent, Norwegian by 16.4 percent and Wizz by 10.2 percent.