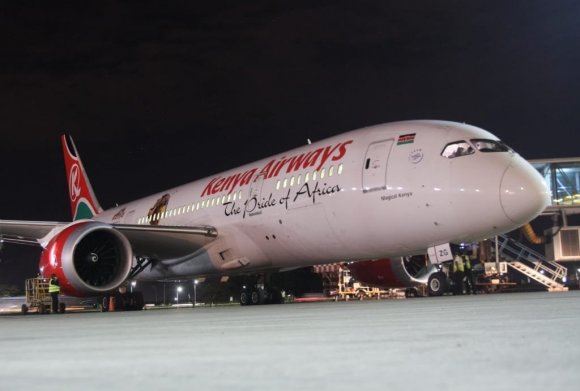 Kenya Airways’ inaugural flight to the US marks a turning point for the East African carrier, according to its chairman.

The airline operated its first flight from Nairobi to New York shortly after 11pm on 28 October 2018, covering a distance of more than 13,700 km. The Boeing 787-8 Dreamliner touched down at the JFK International Airport at 7.45am local time the following day.

“It’s a big turning point for us and an indication that we are no longer in significant trouble,” said chairman Michael Joseph. “It’s also important for Kenya Airways and for Nairobi to become a hub for Africa.”

In recent years, the carrier has embarked on a programme to reduce overall costs and return to profitability. In August, it said pre-tax losses had reduced by 30.8 percent to Kshs 3,992 in the six months to 30 June 2018, compared with the same period a year earlier.

This improvement followed an increase in passenger numbers by 6.6 percent to 2.3 million, while cargo uplift increased by 13 percent to 31,973 tonnes.

He added: “It’s more than a Kenya Airways project. It’s a Kenyan project. We are just the fifth African airline and the sixth airline flying not-stop between North America and Africa.”

However, Mikosz cautioned that the success of the route would take time: “In this Industry nobody makes business from day one, you have to build a route and give yourself time for the public to know about the product and sales power to kick in.”

Mikosz also revealed that the airline expects to launch a new route to Beijing once Daxing International Airports opens in 2019.

“We already flight to Guangzhou so we have a foot in the Chinese market,” he said. “We are part of SkyTeam and the plan is to open a Beijing route once the new Daxing airport is operational, using the SkyTeam terminal there. It’s in our plans to have Nairobi - Beijing very soon.”

History made for Kenya pic.twitter.com/82nwzRdokn

And this is the crew flying the KQ003 from JFK today. Of course only the ones in uniforms - we already left the plane 👍 pic.twitter.com/FyLMPF5vxs

The Deputy President His excellency Hon. @WilliamsRuto leads the reception party OF #KQ003 . He said 'the direct flight will increase the number of transit travellers, which will play an important role in developing the economy'. #KQNYCNBO #KQNBONYC #KQDirectFlight pic.twitter.com/3eX4NeInoa