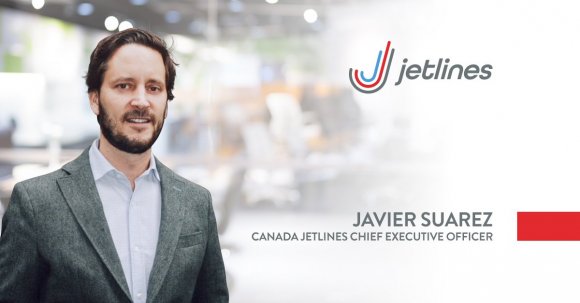 Prior to joining the carrier, he was vice president, network planning, revenue management, e-commerce at Mexican airline VivaAerobus. During the last four years, he has launched 55 routes with a 98 percent success rate.

Ahead of his participation at Routes Americas 2019, Routesonline caught up with Suarez to find out more about his plans for Jetlines, including how the start-up can differentiate itself from the competition.

You recently took over as the chief executive of Jetlines. What is your background and why have you joined the airline?

I have been working for all kinds of airlines over the last 15 years. I have worked for the all-business class Midwest-Express, the Iberia regional AirNostrum, the hub and spoke operator Qatar Airways and two very successful low-cost carriers (LCCs), Vueling and VivaAerobus.

Although I have enjoyed working for different airline models, I am kind of hooked on LCCs - they are the most dynamic and it is the airline segment that has been growing fastest for the last few decades.

After four years of working at VivaAerobus, I was introduced to the team behind Jetlines, a new start-up airline in Vancouver. I already knew there was a big market opportunity in Canada but I was surprised when I met the team and the kind of quality work they had already done.

I was then introduced to their chairman and the board of directors, and to be honest, I wouldn’t have expected a start-up airline to have some of the talent that Jetlines had: a former easyJet CCO, a former Spirit Airlines COO, and the former CFO of the publicly traded Atlas Air.

I had worked for small airlines that grew at an incredible rate but I had never joined an airline before the start of operations. When I combined the market opportunity with the team behind the airline and the excitement of building an airline from scratch, I decided that this was a once in a lifetime opportunity.

Jetlines has just completed a second set of advance lease payments for two A320s. What are the next stages before the carrier can finally take to the skies?

Plenty of things are going on as we speak. Commercially, we have a small team of people setting-up our reservation system and building the website.

Two more people are working on our branding as well as preparing our marketing plan to get passengers attention as soon as we launch operations.

Operationally, a lot of work is going on reviewing and signing a good number of contracts. But we are also having fun negotiating and selecting our seats and the kind of carpet we want on the aircrafts.

We are starting to approach and hire key operational people needed to launch and fly our first two planes, as well as meeting with a good number of investors to raise money, enough money to continue building up the airline and to operate until we become profitable.

Following the launch of Swoop, has your strategy of focusing on growth from Hamilton and Abbotsford changed? What other routes are you evaluating?

We are revisiting our plans but we are still very excited about these two airports. We believe there is still room for more capacity.

At the end of the day, you are not only competing with the very high fares of existing Canadian airlines, but also with US LCCs flying from US secondary airports.

Javier Suarez will provide a keynote speech at Routes Americas 2019. Jetlines is expected to start operating in spring 2019 and Javier is working to develop the ultra low-cost carrier as a tech-driven airline that takes inspiration from some of the world's leading technology companies.

Is the Canadian market big enough for an influx of ultra low-cost seats?

There are more than 650 aircraft in Canada and there are only a couple of very tiny airlines trying to move into the LCC space.

The last markets that I operated in while working for Vueling and VivaAerobus (in Europe and Mexico), have LCC penetration of about 50 percent.

Canada is miles away from being remotely close to that - it is actually the only G7 country without a true LCC but that is about to change. We are not going to have flat beds but we are going to make more Canadian families happier than any other airline has.

How will you differentiate Jetlines from the competition and build a recognisable brand?

Our fares are going to be the lowest fares in Canada. We are building a new generation of an ultra low-cost carrier. An airline that shares all those attributes that have made airlines like Ryanair very successful. An airline that is totally focused on getting and keeping their costs very low.

High aircraft utilisation, maximum seat density, very few employees per aircraft, great aircraft deals and true airport partners. This will guarantee that our cost per seat is much lower than our competitors.

Additionally, we are going to focus on building a great e-commerce platform that is going to ensure that we generate more revenue per passenger than our competitors. Our passengers will pay less for their tickets than what they would pay with any other airline in Canada… which I have to say, won’t be difficult! But they will also get great value for their money with the products and services we are going to be offering our customers.

We just announced that we have selected two-time Marketing Agency of the Year winner, Cossette, as our marketing agency. Cossette’s expertise in branding, traditional and digital communications and design will be an invaluable partner while creating the kind of disruptive brand Canadians will soon meet.

Cossette’s ability to understand Jetlines’ unique market, combined with its speciality in disruptive thinking and culture-shifting content creation, will help us realise our mission to be Canada’s ultra low-cost airline of choice. Cossette also has a nationwide footprint that will ensure that we have a strong pulse on the needs and nuances of Canadians, no matter where they live.

You have experience of helping to grow low-cost carriers with VivaAerobus and Vueling. What have been the biggest lessons you have learnt so far in your career? How can you use this experience in your new role?

I have been very fortunate working for both Vueling and VivaAerobus and I have nothing but great memories. The CEOs leading these two airlines while I was there, Alex Cruz and Juan Carlos Zuazua, are amazing leaders.

I guess the biggest take away is that nothing beats having an empowered team of bright and hard-working people working together. Nothing is impossible. People would have laughed at you in 2010 had you told them Vueling was going to be the third largest LCC in Europe by 2014 but we did it. Routes conferences were key for us to find those airport partners in Europe who believed in our growth.

Juan Carlos and his team committed a few years ago that they were not only going to be the airline with the lowest cost but that they were going to be the best at taking care of their customers. One of those things you hear but don’t really believe. Well, the airline reputation is changed so much that it is now not surprising to see Mexico’s national team or the future president of Mexico flying VivaAerobus. That’s very powerful.

Other than the people approach and the kind of culture where people want to work hard, make a difference, and have some fun doing it, there plenty of things I have seen these two airlines doing to get their costs down.

I believe VivaAerobus was initially better at managing their cost and that it took them a bit longer to manage the revenue part of the business as well as Vueling was.