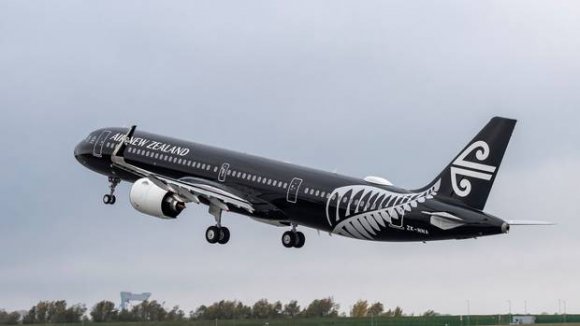 Air New Zealand is using its new Airbus A321neo aircraft to increase the number of seats available on its Auckland-Gold Coast route by almost 60 percent from February 2019.

The airline took delivery of its first Airbus A321neo earlier this month. It has a total of 14 seats, 46 more than the current international A320 fleet.

“The Gold Coast is a popular destination for Kiwi tourists and Australia is New Zealand's largest source of inbound visitors, so it's fantastic to be able to increase capacity to meet this demand,” said chief revenue officer Cam Wallace.

The aircraft is the first of 13 new Airbus neo aircraft to join Air New Zealand's fleet and is expected to enter commercial service on 23 November operating flight NZ739 from Auckland to Brisbane.

A second A321neo is also expected to enter service in the coming weeks, while the majority of the remaining aircraft will follow at intervals through until late 2019, with the new fleet eventually replacing the airline's A320s that currently operate Tasman and Pacific Island services.

A further seven A321neos have also been ordered for the airline's domestic network and are expected to be delivered from 2020 to 2024.

The preparation for its maiden A321neo flights comes as Air New Zealand and Taiwan’s EVA Air initiated a codeshare agreement on 2 November to expand the Star Alliance member airlines’ networks in North-East Asia and Oceania.

“With just one easy stop in Taipei, passengers can take advantage of EVA Air’s flexible flight schedule to conveniently fly onward to Japan and South Korea.”

The codeshare flights will be available from the second half of December.