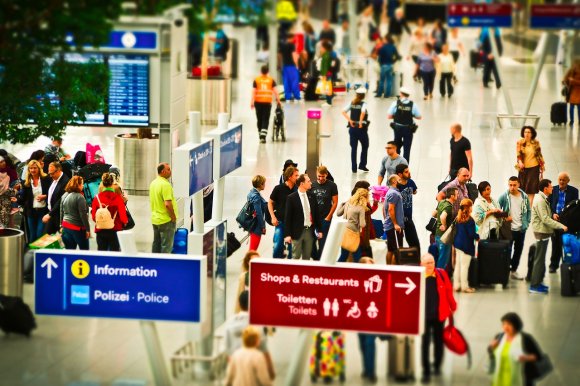 IATA last month published its 20-year forecast on passenger trends which found that 1.9 billion passengers will travel to, from and within Europe by 2037. That is a 50 percent increase on today.

However, speaking at the Wings of Change Europe conference in Madrid, its director general and chief executive Alexandre de Juniac warned that this number may not be achieved unless there is a “spirit of change” from governments across the continent.

He said: “In 2037, 1.9 billion passengers should be traveling to, from and within this continent. That growth will create jobs and drive a modern economy. But these economic and societal benefits will only materialise if Europe provides a playing field on which its airline industry can be competitive.

“Governments must embrace a spirit of change in their policies and ambitions for aviation. If governments make the right decisions for aviation—effective regulations, fair taxes and efficient infrastructure—the competitiveness of the entire European economy will improve.”

De Juniac said that ATM performance this year has been “appalling”. He outlined a four-point plan to that should be adopted by the European Commission and Air Navigation Service Providers to help bring about “swift improvements”.

This comprises reforms to outdated work practices; modernization of the ATM infrastructure; empowering the European Network Manager; and strengthening the Performance and Charging Scheme regulation.

“As to the medium- and long-term, airlines are running out of patience waiting for the benefits of the Single European Sky (SES) to materialise,” de Juniac added.

“We still believe in this project. However, we also see a compelling need for local planning and action. IATA is asking governments to develop national airspace strategies (NAS) aligned with the SES benefits that Europe desperately needs.

“Poland, France, Italy, Bulgaria, and Spain are showing leadership by committing to establish NAS’s with IATA and other partners. Each NAS, jointly drawn up and governed by the ANSP, airlines, and other key stakeholders, sets out investment plans, priorities for tackling capacity bottlenecks, and airspace redesign requirements.”

Europe’s plans for expanding airports are “grossly inadequate”, de Juniac told delegates, but he urged caution with the involvement of the private sector in running airports. And he stressed that existing capacity must be handled with care.

De Juniac said: “Since building airport capacity is a long-term project, we also need to manage effectively the capacity that currently exits. That’s a major challenge in Europe, which is home to more than half of the world’s slot-constrained airports.

“There’s only one fair way to manage slots: in an independent, neutral and transparent system. This is achieved with the current European Slot Regulation—which is well aligned with the Worldwide Slot Guidelines.

“Some voices are suggesting the current regulation is failing, and alternatives could do a better job. We don’t agree. While I urge change in many areas, my message on slots is to be extremely careful.

“The current system in Europe enables airlines to consistently plan schedules and aircraft investments. And it has facilitated the phenomenal growth of new entrants like EasyJet, Ryanair, Vueling, Wizz, and others.”

On EU 261 - which allows passengers to make claims when their flight is delayed by three hours or more, cancelled or when they are denied boarding - IATA’s CEO said the rule was “still a mess for airlines and passengers”, as well as being “a bonanza for claims agencies and their dubious practices”.