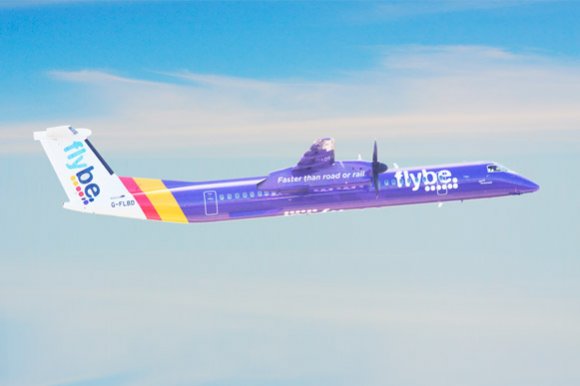 European regional carrier Flybe is "undertaking a comprehensive review" of its options as it grapples with challenging trading conditions in the short-haul market.

As part of this, the carrier confirmed that it has appointed Evercore as its financial adviser to assist it with this review, which includes a formal sale process. It also revealed that it is “in discussions with a number of strategic operators” about a potential sale of the company.

Details of the sale process were announced as the carrier posted its financial results for the six months to 30 September 2018 which showed a pre-tax profit fall by 54 percent to £7.4m, on revenues down by 2.4 percent to £419.2m.

In October, Flybe warned that full-year losses would be £22m amid higher fuel costs, a weaker pound and lower demand.

Chief executive Christine Ourmières-Widener said: "In line with our strategy, we reduced seat capacity in the first half by 9 percent delivering a 7.2 percent increase in revenue per seat.

“Continued improvements are being seen into quarter three which demonstrates the popularity of Flybe for our customers.

“However there has been a recent softening in growth in the short-haul market, as well as continued headwinds from higher fuel and currency costs.

“We are responding to this by reviewing every aspect of our business, especially further capacity reduction, cash management and cost savings.

“This is already starting to have a positive impact, as shown by the improved first half adjusted profit before tax; however, we must do more in the coming months. We remain confident in the vital role that Flybe plays in UK connectivity."

“The removal of the Embraer 195 fleet will help further strengthen the performance by boosting load factors and yield as popular routes are flown by the smaller, and more cost efficient, Embraer E175 jets and the Bombardier Q400 turboprops,” the carrier said.

Flybe currently operates 192 routes serving 14 countries from 75 departure points in the UK and Europe. According to figures provided by OAG Schedules Analyser, Flybe is on course to reduce its capacity by 2.9 percent this winter season to 5.14 million available departure seats, down from 5.3 million in winter 2017/18.