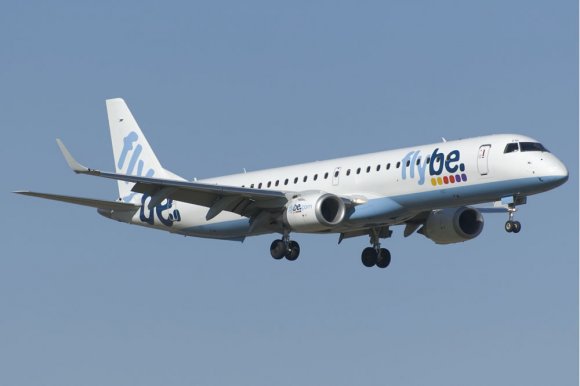 UK-based regional airline Flybe this month put itself up for sale as it battles “softening” growth in the European short-haul market and continued headwinds from higher fuel and currency costs.

Although the carrier made a profit of £7.4m in the six months to 30 September 2018, the figure was 54 percent lower than during the same period 12 months ago. In October 2018, the airline warned investors that full-year losses would be £22m.

With talks currently taking place with “a number of strategic operators” about a potential sale, Routesonline looks at Flybe’s network and its place in the market.

Flybe’s total capacity is set to drop by 4.9 percent to 14.1 million available seats in 2018, compared with 14.8 million a year ago. Capacity across its summer schedule this year was down by 6 percent, while capacity across its winter 2018/19 schedule is forecast to be 0.6 percent lower year-on-year. The total number of available seats on offer in November 2018 is the lowest since 2014.

The capacity cuts come as the airline continues its fleet reduction programme and ends non-profitable routes. Flybe is cutting its fleet size to an “optimum level” of 70 aircraft by early 2020, including five ATR aircraft fulfilling a SAS white label contract.

At 30 September 2018, the fleet size totalled 78 aircraft, compared to 80 six months earlier, following the return of one Bombardier Q400 turboprop and one Embraer E195. A further two end-of-lease Embraer E195 aircraft are due to be handed back over the next six months.

In May, Flybe concluded that the Bombardier Q400 is the “best core aircraft” for its current and future needs. However, it still has a heritage order for four Embraer E175s due in 2019. The carrier currently operates a fleet of 76 aircraft - 54 Bombardier Q400, six Embraer E195, 11 E175 and five ATR 72s.

Of its top ten routes by capacity in 2018, Flybe looks set to cut the total number of available seats on five of them, OAG Schedules Analyser flight schedules show, but combined capacity across the ten will rise by 2.2 percent. Its number one route by capacity, Belfast City - Manchester, will reduce by about 2.2 percent. The largest capacity drop in the top ten is on the Aberdeen - Manchester sector.

Flybe's place in the market

Flybe is set to retain its position as the largest provider of domestic services in the UK during 2018. According to OAG Schedules Analyser data, it will operate 121,361 domestic flights this year, which is more than easyJet and British Airways combined.

However, easyJet will overtake Flybe when it comes to domestic capacity. In 2018, easyJet is set to offer almost 9.7 million available departure seats, a rise of 4.8 percent on last year, to give it a market share of 32.6 percent.

Meanwhile, Flybe’s domestic capacity in the UK is scheduled to drop by 5.3 percent this year to 8.9 million seats, giving a market share of 30.2 percent.

UK domestic capacity and frequency share by airline in 2018:

Uk domestic airlines by capacity and frequency in 2018
Infogram

Flybe has operated from 33 airports in the UK during 2018, with Manchester, Birmingham and Southampton its top three by number of flight departures.

Looking at capacity share, Flybe operates more than 90 percent of departure seats at two UK airports - Anglesey and Southampton. At its home base of Exeter, the carrier accounts for almost four-fifths of the total capacity on offer this year.

Although Flybe has confirmed that sale talks are ongoing with a number of interested parties, easyJet’s chief executive Johan Lundgren has distanced the low-cost carrier from speculation that it is considering a takeover.

“We are always looking for strategic opportunities if they arise and we can also take advantage of that given our strength in our balance sheet and our financial strength,” Lundgren said in an interview on BBC Radio 4.

“But there is nothing to talk about at this moment in time, we don’t have any interest in this particular topic on Flybe at the moment.”

She added: "This is already starting to have a positive impact, as shown by the improved first half adjusted profit before tax; however, we must do more in the coming months. We remain confident in the vital role that Flybe plays in UK connectivity."