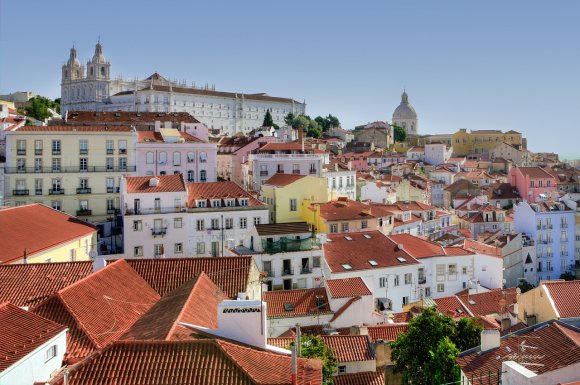 Star Alliance member TAP Air Portugal is launching a new non-stop service from Lisbon to Chicago as part of its efforts to double operations in North America in coming years. The carrier will operate five round-trip flights per week between Portugal’s capital and the Windy City from 1 June 2019. In addition, 15 days later it is launching a five-weekly service from Lisbon to Washington-Dulles. TAP has ten gateways in Brazil with service from Portugal and believes it can support the same number to the US. The airline currently operates daily services from Lisbon to New York JFK and Miami, plus five-weekly flights to Newark Liberty and Boston respectively. It also flies from Porto Airport to Newark Liberty twice a week. As Chicago is the home hub for fellow Star Alliance member United, the new route will offer connections to the US carrier’s vast domestic network.

United Airlines is to begin its 15th daily non-stop flight between the US and Germany from its hub at Denver International Airport. The airline announced it will begin year-round service to Frankfurt from 2 May 2019, subject to government approval. As reported by Airlineroute, the carrier last served the market in summer 2001. United's new service between Denver and Frankfurt is the only non-stop service from Denver to Germany by a US carrier and is the airline's ninth flight between the US and Frankfurt. It currently operates daily non-stop service between Frankfurt and its hubs in Chicago, Houston, Newark, San Francisco and Washington Dulles. Star Alliance partner Lufthansa operates Denver - Frankfurt daily using Boeing 747-400 equipment.

Juneyao Airlines received its first Boeing 787-9 aircraft in October and expects to receive a further two before the end of the year. The 324-seat aircraft - the Shanghai-based carrier’s first wide-body - will be deployed on a daily service to Singapore from 1 February 2019. It will compete with China Eastern and Singapore Airlines, which each offer four daily flights, and a once-daily service by Spring Airlines. Privately-held Juneyao Airlines, previously an all-Airbus operator, mainly offers flights from Shanghai to more than 50 cities across China. By introducing the 787 Dreamliner, the carrier is looking to expand its international network and increase flights to Southeast Asia, Japan and South Korea.