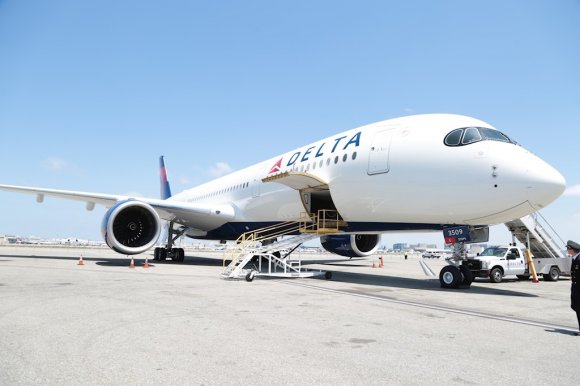 Delta Air lines has made no secret of its desire to strengthen its presence at Boston Logan International Airport and regain ground lost to JetBlue and American Airlines.

The US carrier’s latest plans back up that ambition, with the addition of new multiple daily non-stop flights to four key business markets from Boston.

“These new routes, along with our existing flights to San Francisco and Los Angeles, means that beginning next fall Delta will offer service to the five top business markets requested by our corporate customers.”

Analysis of data provided by OAG Schedules Analyser (for w/c 10 December 2019) shows that Delta will compete directly with JetBlue on all four of the new routes announced. United also offers competition in all four markets, however, its Boston-Cleveland service ends in March 2019.

Looking back a decade, Delta was the largest operator out of Boston Logan with a 16.9 percent share of departure seats. However, after being impacted by the consolidation in the US airline market - and coupled with the rapid expansion of JetBlue - it dropped to third place in 2016 with a 14.8 percent capacity share.

In 2018, its overall share of departure seats from Boston Logan is set to grow to 17.2 percent following an 18 percent increase in capacity to 4,294,049 seats. The growth will also means it leapfrogs American Airlines as the second largest operator.

By the third quarter of 2019, Delta plans to assume operations at all gates at Boston Logan’s Terminal A. The four additional routes mean it will also offer up to 152 daily departures, an increase of nearly 30 daily departures compared to 2018.

“Our broad service and award-winning products in the airport and on board our aircraft further cement Delta as Boston's number one global carrier taking Bostonians to the destinations they value most - both domestically as well as internationally.”

In recent weeks, Delta has announced the launch of two new European destinations in spring 2019. From 23 May it will open a seasonal daily Lisbon service, while on the same day it will launch a daily flight to Edinburgh Airport.