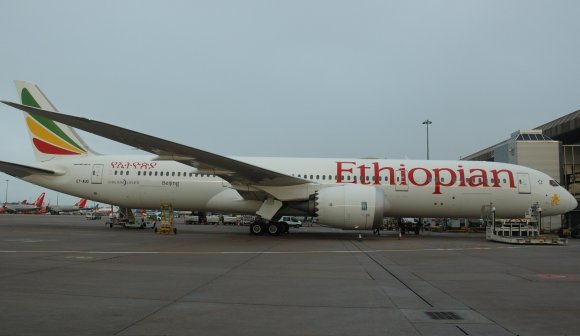 Ethiopian Airlines is stepping up its presence in the Ghana with plans to launch services to the UK and Germany from Accra, the carrier’s chief executive has told Routesonline.

“It's in our Vision 2025 plan to expand the hubs beyond Addis Ababa,” said GebreMariam. “It's a big continent so we have always planned to have hubs in West Africa, Central Africa and Southern Africa.

“We've had Lomé in West Africa with ASKY and we're going to add Guinea and Ghana there, so we’ll be putting together multiple strong hubs in the region.”

GebreMariam added that the overarching strategy was to “follow the underserved markets in Africa”.

In June 2018 GebreMariam told the Routes Africa audience that African carriers should step up and challenge the dominance of non-African carriers, noting that three decades ago they handled 60 per cent of inbound travellers.

Routes Aviation Podcast: Recorded live at Routes Africa 2018, Ethiopian Airlines chief executive Tewolde GebreMariam outlines the carrier's strategy and how the dominance of non-African airlines in the continent can be challenged.

News of the potential routes to the UK and Germany from Accra come just days after Ethiopian Airlines signed a memorandum of understanding with Ghana’s government to create a new national carrier for the country.

The deal, which should be finalised before the end of the year, is expected to give the Star Alliance member a minority stake in the new airline. It will also provide aircraft and management services.

Ethiopian has been active in creating a number of new joint ventures in 2018 as part of its efforts to become the dominant pan-African airline.

Tchadia Airlines, a start-up backed by the carrier, started operations on 1 October from N'Djamena Airport in Chad, while Ethiopian Mozambique Airlines began flights on 1 December. In addition, Ethiopian is backing the launch of a new flag carrier for Zambia.

However, its ambition of creating a new national carrier in Nigeria are on hold for now until after the impending elections in the country.