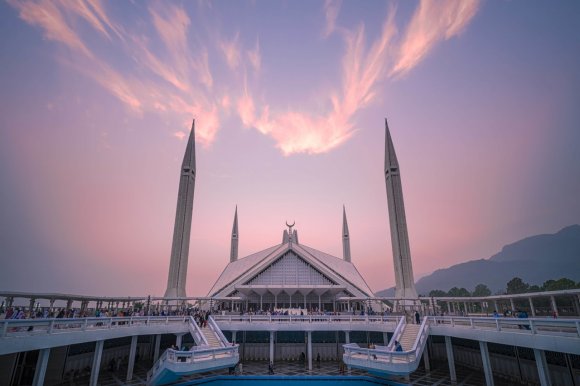 British Airways is to fly from London Heathrow to Islamabad, the capital city of Pakistan, from 2 June 2019. The route will launch as a three-per-week service, operated on a three-class Boeing 787 Dreamliner. The carrier has a long history of flying to the city and offered its first scheduled flights between London and the Pakistani capital in 1976. However, it discontinued the route in October 2008. BA will compete with Pakistan International Airlines, which operates the route five times per week using Boeing 777 equipment.

The UK - Pakistan market is 1.2 million in size, with 645,000 passengers travelling in direct. Approximately one third of those currently fly via Dubai, data from Sabre Market Intelligence shows. Greater London has the largest Pakistani community in the UK so British Airways will be targeting VFR traffic. The route to Islamabad is one of four long-haul services being launched by British Airways in 2019, its centenary year. The airline is also launching direct flights to Pittsburgh and Charleston in the US and Osaka in Japan.

Air Italy has revealed its fourth new destination for 2019 with service from Milan Malpensa to Chicago O’Hare scheduled to begin on 14 May. The route will be operated three times per week on Tuesday, Thursday and Saturday using Airbus A330-200 aircraft. Chicago will become the sixth new North America airport served by the airline, adding to New York and Miami which were launched in June 2018. It will start serving San Francisco and Los Angeles from April 2019. This month the carrier also announced plans to operate a four-weekly flight to Toronto in Canada from 6 May 2019.

However, the new flights have not been welcomed by everyone. Air Italy is backed by Qatar Airways, which has a 49 percent stake in the carrier. US airlines Delta Air Lines, United Airlines and American Airlines have argued that Gulf rivals are being unfairly subsidised by their governments and therefore distorting competition. United’s chief executive Oscar Munoz this month said the three carriers were “strongly opposed” to the “Italian version of Qatar”. MXP-ORD was last served in 2009 by Air One, the now defunct low-cost subsidiary of Alitalia.

China Southern from 22 January 2019 is adding new route to the Philippines. The new three weekly service will connect Guangzhou, the host of World Routes 2018, with Cebu, the host for Routes Asia 2019. The airline currently operates flights from the Chinese city to Manilla three times per day, but it will be the first time the airline has flown to Cebu since 2010. CAN-CEB is currently unserved although China Eastern Airlines operated two weekly flights from January to August 2018. Although O&D traffic is relatively small at 9,465 in the 12 months to 30 June 2018, the Guangzhou - Philippines market is much bigger. According to figures from Sabre Market Intelligence, O&D demand was 321,399 in the year to the end of June, a rise of 42 percent on the previous 12 months.