What are the opportunities available for Cebu and the region?

Cebu is developing into a major regional hub. This must, in good measure, be a consequence of the geography of this island province, being at the center of the whole archipelago covering the south and central Philippines as its catchment area with nearly 40 million people.

To maximise its growth momentum, it has to be promoted to Asian carriers due to growing demand for leisure travel. For the last three years, passenger traffic to Cebu is growing by leaps and bounds. From 7.77 million in 2015 to 9.59 million in 2017 for an average growth of 11.13 percent per year. This extraordinary growth of passenger traffic can be attributed to a number of new international air routes from China, Singapore, Thailand, Taiwan, Japan, United Arab Emirates and the US.

As of September 2018, total two-way passenger traffic to Cebu reached 7.77 million for an increase of 7.93 percent compared to the nine-month period in 2017. Likewise, the new passenger terminal building at Mactan Cebu International Airport (MCIA) was completed in June 2018 thereby expanding its capacity from the current six million to 12 million passengers per annum.

In addition, GMR-Megawide has tendered its offer to the government to build a second parallel runway at MCIA at a cost of Php200 billion to maximise its potential as the largest international passenger airport south of Manila and increasing its capacity to 35 million passengers per year by 2025. The proponent is optimistic that the growing demand for leisure travel to Cebu will spur the growth and sustain passenger traffic to the island.

What have been your most-notable new routes?

Among the most notable new routes to Cebu are the short-haul flights coming from Northeast Asian cities in Korea, China, and Japan. These are the markets that have been contributing the bulk of passenger traffic to Cebu.

But one of the most significant in recent years was Emirates’ medium-haul direct air connectivity from Dubai to Cebu, now served daily. Because of the vast connection of flights from Dubai to Europe, North America and the Middle East, it gave the Filipino markets from Visayas and Mindanao islands the opportunity to fly direct to or via Dubai in less than a time than flying out of Manila, which normally takes them a day to wait for their next flight via the same route.

The route from and via Dubai to Cebu also gave the European, North American, and Middle Eastern markets to opportunity to visit Cebu more efficiently in terms of time and cost.

Where are the new routes you are targeting?

The reason we are hosting Routes Asia 2019 in Cebu is to promote the island to air carriers in Asia for more air connectivity. We haven’t maximised to the fullest the opportunities available for international connectivity.

For instance, the Association of South East Asian Nations (ASEAN) has already signed the Open Skies agreement to increase travel between and among the ASEAN nations, but there are still city pairs which are still underserved or unserved in terms of air connectivity.

On what routes are you hoping to increase capacity?

With the completion of Terminal 2 of MCIA, its capacity has now doubled from six million to 12 million. Recently, we have opened up Bohol-Panglao International Airport (TAG) in Bohol, thereby increasing our inventory of gateways for leisure travelers. 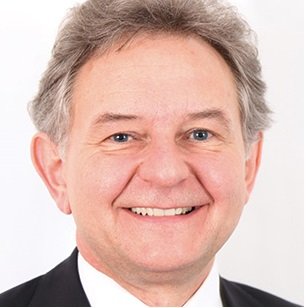 Conrad Clifford, the regional vice president for Asia Pacific at the International Air Transport Association (IATA), is just one of the high-profile speakers you can hear from at Routes Asia 2019. Other confirmed speakers include Jaime J. Bautista, president and chief operating officer of Philippine Airlines, and Lance Y. Gokongwei, president and chief executive of Cebu Pacific.

Cebu has attracted a number of new carriers in recent years (Lucky Air, Sichuan Airlines, Vanilla Air), while Philippines AirAsia and Philippine Airlines have significantly expanded their networks. What is your main proposition when speaking to airlines?

There is no generic formula that you can adopt for all airlines. In other countries their main proposition are airport incentives that they can offer to attract the carriers to fly to their destinations. In my honest opinion, airport incentives barely scratch the surface of airline operation for new routes.

Our proposition to airlines varies according to their needs, and assurance of sustainability of passenger traffic is always on top of their preferences. Perhaps, most notable of our efforts to attract the air carriers is trying to match the needle hole with the size of the thread.

For instance, for destinations that do not have considerable market size for return traffic, we provide marketing support to air carriers to shake the market by promoting what they want to see, eat, and experience then we have to strongly connect the airline with the travel industry and assure them of seat allocations on either daily or weekly basis. That way, the airline is assured of considerable “bring-in, bring-out” market size thus sustaining the operation all year round.

We also bring the airline executives to, for example Cebu, to conduct familiarization and ocular inspection tours. Basically, to see for themselves the technical sides of the airport (land and air sides), meet the ground handlers, airport and aviation officials, and others.

On top of this, we make ourselves or our office available to the airlines whenever they need assistance to meet the airport authorities, aviation officials, and others to seek the needed permit and slots to operate. In summary, we are helping the airline to build a good business case to make their decision faster and smoother.