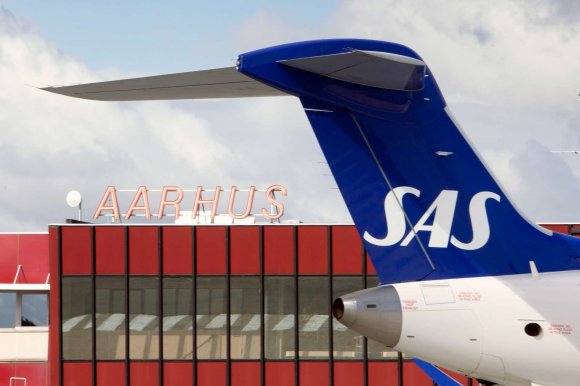 SAS Scandinavian Airlines has added the 11th destination from its Aarhus base with a service to Manchester in the UK. Flights will operate by 90-seat Bombardier CRJ-900 regional aircraft three times per week on Mondays, Wednesdays and Fridays, starting on 1 April 2019. Although O&D traffic between Aarhus and Manchester is relatively small, Manchester is Denmark’s second largest outbound market in the UK after London with 176,740 passengers in the 12 months to the end of June 2018. The new route is likely to prove popular with football supporters given that Manchester United in particular have a large fan base in Denmark. As reported by Airlineroute, the service will not operate from 27 June to 18 August following the end of the current Premier League season and prior to the start of the next one. SAS will also hope to attract business travellers, while many Danish tour operators feature destinations in the north of the UK, such as the Lake District and Yorkshire.

Pobeda, the low-cost subsidiary of Aeroflot Group, is launching its first route to Belgium with a service to Ostend from its home hub at Moscow Vnukovo. Flights will be operated three times per week from 7 March 2019 on Tuesday, Thursday and Saturday using Boeing 737-800 aircraft. Aeroflot operates a route from Brussels to Moscow Sheremetyevo, while Brussels Airlines also flies from Belgium’s capital to Moscow Domodedovo. However, Ostend is currently unserved from any points in Russia. Pobeda will be hoping its low fares will stimulate two-way leisure demand, attracting passengers from the north of France and south-west of the Netherlands in addition to Belgian travellers.