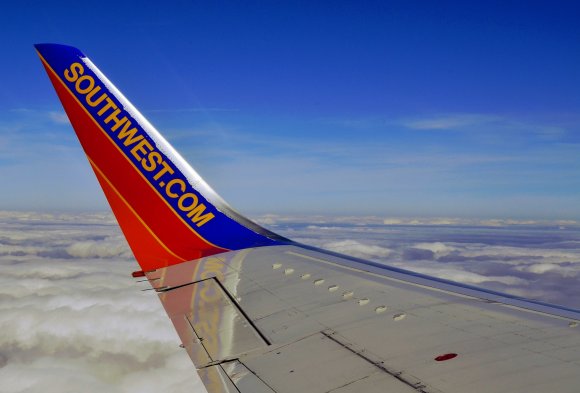 The Americas is home to the world's original low-cost airline, but LCCs have found it easier to greater traction in Europe and Asia since Southwest was founded.  However, are those trends changing? We take a look at some of the data shaping low-cost travel across the region.

Unsurprisingly, the original LCC has retained its dominance in the market over the last decade, with Southwest still way out in front. However, its market share has been eroded from 48.4 percent to 42.5 percent during the period as the likes of Azul, Volaris and Allegiant have upped their capacity significantly.

Overall, the total low-cost departure seats from across the Americas was 511 million in 2018, some 60.7 percent higher than 2009. Although domestic seats make up the lion's share of the total LCC capacity, international are the faster-growing category, rising by 371.3 percent compared to the 50.4 percent seen in domestic departure seats.

Over the last four years Las Vegas McCarran has held on to the top spot in low-cost domestic departure seats, growing at 4 percent a year on average. However, in the future it is likely to face competition as others grow at a much faster rate.

The airport currently in fourth place, Orlando, has grown on average by 13.0 percent a year, while the fastest-growing airport in the top ten is Fort-Lauderdale. FLL has grown low-cost seats by 55 percent since 2014, adding 13.7 percent on average per year.

Leaders from four of the fastest-growing LCCs across the Americas at Routes Americas 2019 including the two new airlines battling it out to for supremecy in Canada's skies.

Allegiant has grown at FLL, with routes such as Asheville/Hendersonville and Cincinnati Northern Kentucky coming on line to become among its top routes from the airport. However the majority of growth has come from Southwest and Spirit, which have grown by 51 percent and 76 percent respectively.

Meanwhile, for international low-cost departure seats FLL was the highest in 2018, with an impressive 104 percent growth. However, the fastest growth came from LAX, which recorded a 212 percent increase over the period.

No surprises that the workhorse of the low-cost industry, the Boeing 737, takes top spot in the Americas with 54 percent market share in 2018. However, the A320 family has been pushing it hard, eroding that share from 61.8 percent in 2014, while raising its own from 23.2 percent to 34.9 percent.

Although the total number of LCC departure seats on 737s has grown significantly in the past five years, rising by 8.7 percent to 276.4 million, the A320 growth has been remarkable. Departure seats in the Airbus family on LCCs have surged by 87 percent in the same period to 178.6 million.