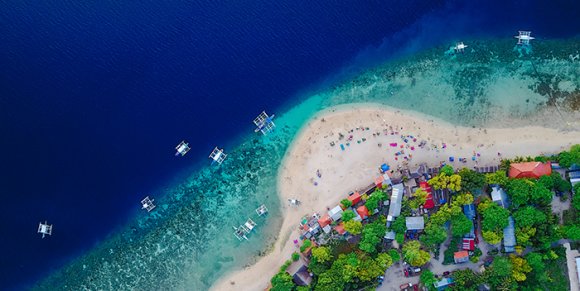 Following on from the opening of Mactan International Airport’s second terminal in July of last year, experts are predicting Cebu’s economy to continue to grow with the tourism industry at the forefront.

Efren Carreon, regional director of the National Economic and Development Authority in Central Visayas said that based on their third-quarter assessment for 2018, there is double-digit growth in terms of arrivals for both domestic and international passengers compared to the same period in 2017.

Records from the MCIA showed there were 1.4 million foreign tourist arrivals in Cebu from January to September this year, which was a 22.76 percent increase from the 1.15 million arrival record over the same period in 2017.

On the other hand, domestic passenger arrivals at MCIA also rose by 7.61 percent – from 2.6 million in 2017 to 2.8 million this year, on the same January-to-September period.

A key driver of the tourism economy in the region is tourism from China, and more Chinese tourists are expected in 2019. China has been the fastest growing tourist market for the region in the past two years, almost doubling from 250,000 arrivals in 2016 to 430,00 in 2017. It is believed that over 500,000 Chinese tourists visited the region in 2018.

Stanley Go, president of the Mandaue Chamber of Commerce and Industry (MCCI) described 2019 as an “action year” for Cebu.

“We are optimistic about what’s going to happen in 2019. We need to build on the momentum we started in 2018,” Go said

“The opening of these two airports were the biggest news for the tourism sector in 2018. There have been no major incidents on security and safety and there are more flights (from) abroad,” he said.

Along with the growth in IT business process management and real estate sectors, the attractiveness of Cebu as a MICE destination has been credited with helping the local economy, with several big events due to take place in 2019.

Tamano said, “DOT’s goal for MICE is to benefit Cebu”, adding that big conferences such as Routes Asia in March 2019 and CAPA (Center for Aviation) Summit in June, among others are just a few of Cebu’s MICE events that put the city in the global spotlight. Tamano also reported that the MICE attendees looking for rest and recreation will likely venture into the neighbouring provinces, spreading the economic to the likes of Bohol, Negros and Siquijor.

Routes Asia, the largest route development forum in the region, brings together leading airlines, airports, tourism authorities and their stakeholders to discuss air services to, from and within Asia.  Routes Asia 2019 will take place 10-12 March 2019 at The Waterfront Cebu City Hotel and Casino.