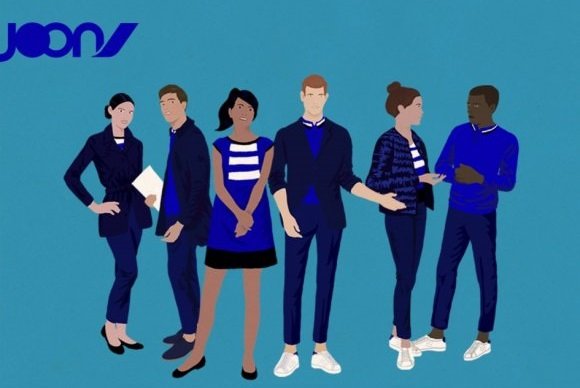 Air France to close Joon brand
Air France has confirmed it will close down Joon, its airline for millennials, after admitting the brand was “difficult to understand” from the outset for customers, employees and investors.

In a statement, Air France said: “The plurality of brands in the marketplace has created much complexity and unfortunately weakened the power of the Air France brand.”

Joon’s employees and aircraft will now be integrated into Air France.

Air France said it would also be able to ensure “a smooth transition” of the Airbus A350, currently on order, to its fleet.

“All Joon flights currently sold or for sale would of course be operated by Joon until the project is completed, and then taken over by Air France,” a statement added.

“The simplification of the brand portfolio, while capitalising on the Air France mother brand, is an undeniable asset for our employees, our customers, and indeed all stakeholders.”

Delta orders 15 more A220s
Delta Air Lines has ordered 15 additional A220 aircraft, bringing the total number it has on order to 90.

“These additional A220 aircraft will continue to strategically enable Delta to refresh our fleet, drive further advances in the customer experience and serve as an excellent investment for our customers, employees and shareowners for Delta into the next decade,” said Gil West, Delta’s chief operating officer.

Delta placed its initial order for 75 aircraft in 2016.

Supersonic aircraft developer closes $100m funding round
US company Boom Supersonic has closed a $100m Series B investment round, bringing total funding to more than $141m.

Investors, led by Emerson Collective, include Y Combinator Continuity, Caffeinated Capital, and SV Angel as well as founders and early backers of transformative companies like Google, Airbnb, Stripe, and Dropbox.

The proceeds of Boom’s Series B round, which include $56 million in new investment as well as previously-announced strategic investments, allow the company to advance the development of its Mach-2.2 commercial airliner called Overture.

“At Boom, our vision is to remove the barriers to experiencing the planet. Today, the time and cost of long-distance travel prevent us from connecting with far-off people and places.

“Overture fares will be similar to today’s business class, widening horizons for tens of millions of travellers. Ultimately, our goal is to make high-speed flight affordable to all.”

As previously announced, the carrier expects its second Dreamliner to enter service between its hubs in San Francisco and New York/Newark in February, and begin international service in March.

It plans to become “different and unique” in the way it operates compared to bigger airlines that are “more volume driven”. The move is part of the airline’s efforts to better differentiate itself from larger rivals Emirates, Etihad Airways and Qatar Airways.

The airline announced on 8 January that it was “examining various financing options” following a “particularly challenging year”.

In a statement it said: “We are focusing on the central question of how we can continue to be effective in a market environment dominated by airlines under larger corporate structures.”

Germania added that it had been hit by “unforeseeable events” in 2018, such as the rise in fuel prices in summer and aircraft phasing delays.

The airline carries more than four million passengers per year on short-haul and medium-haul flights.