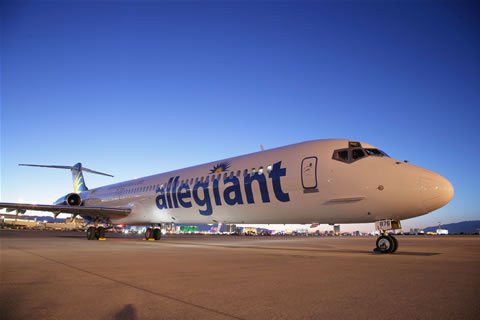 The Las Vegas-based carrier said it was investing more than $42m to establish the new operations, which will house two Airbus aircraft. Currently it serves 11 non-stop routes from the state of Michigan, including flights from Grand Rapids and Flint.

The airlines now offer jointly operated flights to its base on the Faroe Islands. Thanks to the new agreement, KLM and Atlantic Airways customers will have access to more destinations starting 24 January.

KLM will add a KL code to Atlantic Airways flights. This will allow passengers from around the world to change flights in Copenhagen, Billund, Bergen, and Edinburgh and continue their journey on the same ticket and a one-stop check-in to and from the Faroe Islands.

Record year for Budapest
Airport handled a record 14.9 million passengers in 2018, the airport has announced.

“We’ve enjoyed an extremely healthy passenger traffic rise of 13.5 percent, as well as witnessing a solid 15 percent growth in cargo – a huge achievement for all at the airport,” said chief executive Jost Lammers.

“As we committed ourselves to increase our connectivity and expanded our network by securing and launching 17 new services during the year, almost 1.8 million more passengers passed through our terminals helping us recognise our highest ever annual figures.”

VINCI to invest in Lisbon airports
VINCI has agreed to provide €1.15bn to finance the expansion of Lisbon’s main airport and the construction of a new hub in nearby Montijo.

The agreement with the Portuguese government was signed by VINCI subsidiary Aeroportos de Portugal (ANA), which is the concessionnaire for ten airports in Portugal.

This project will create a new dual system of airport infrastructure to serve the region of Lisbon, enhancing the hub function of Humberto Delgado Airport and building a point-to-point airport in Montijo.

VINCI has undertaken to invest the €1.15bn by 2028, including €650m for the first phase of the extension of the existing airport.