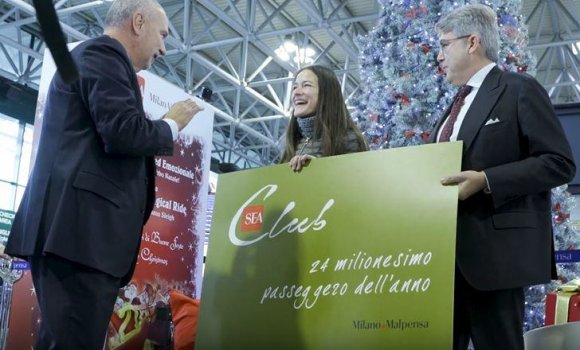 Milan Malpensa Airport (MXP) handled a record 24.6 million passengers in 2018, its highest for more than a decade and 11.5 percent higher than the previous year.

The airport, which is managed by SEA Group, surpassed its previous high of 23.7 million, which was set in 2007.

Air Italy was a major contributor to the airport’s growth after making MXP its hub and adding routes to New York, Miami, Bangkok, Delhi and Mumbai.

“Despite some of the new destinations having had an annual O&D demand of over 100,000 travellers, surprisingly they had not been served by any airline for a decade,” said Andrea Tucci, VP aviation business development at SEA.

Among the fastest growing European country markets from MXP in 2018 were the domestic Italian market, along with Germany and Spain. When it comes to long-haul the top markets were the US, China and Canada.

“We fully expect the North Atlantic to be one of this year’s star performers,” added Tucci. “2018 already gave a boost to our intercontinental traffic, growing by 7.8 percent, and we expect some further development in the short-term.”

In July 2018, it was revealed that SEA has won the bid to host World Routes 2020 on behalf of Milan and the Lombardy region.

“Malpensa was built as a hub airport and it is exciting to see it being used in that way again,” enthuses Tucci. “The ten million inhabitants of Lombardy, Italy’s wealthiest region, need and deserve a true hub and spoke carrier and the connecting opportunities that such a network approach brings.

“With 70 percent of the country’s outbound traffic generated in our Northern Italy catchment, we are confident about our future traffic development.”