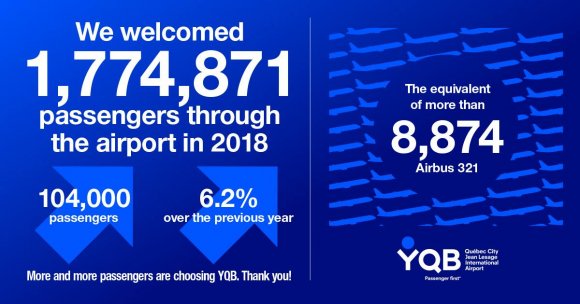 Speaking at Routes Americas 2019, which is being cohosted by Quebec City Tourism and the airport, its president and CEO Gaetan Gagne laid out his key objectives.

Gagne said: "Having more direct flights... to US destinations (is an aim). We also want to ease the life of Canadians living in remote areas by developing more regional services."

He added the first step of this was achieved with the completion of the recent project which saw the terminal doubled in size while the decision to go after US pre-clearance facilities will also help.

He also predicted as we move further into the digital world, aviation will be further shaken up while other new technologies like vertical take off and landing for aircraft will redefine how we think of airports.