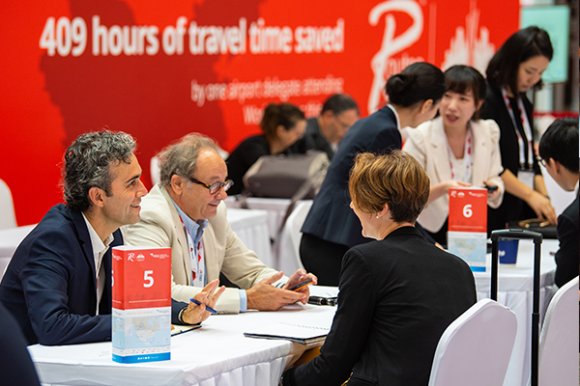 Over the past three years, the twenty most requested airlines at World Routes have launched over 3,000 new routes. The event, which this year takes place in Adelaide, provides senior airline decision makers with a platform to engage with airports and tourism authorities from across the globe.

This week, Routes Americas took place in Quebec City, Canada. Many of the region’s leading airlines have already confirmed that they will also be attending World Routes in September, including jetBlue, American Airlines and Southwest Airlines.

Interest outside of the Americas from the airline community is strong, with one airline delegate describing Adelaide as a “perfect example of showcasing a smaller, off-the-radar city with huge potential.”

Speaking at World Routes 2018 in Guangzhou, Vueling’s director of network strategy, development and planning said; “Our team heard business cases from over 75 airports and destinations at World Routes 2018. It is an unmissable opportunity for us to meet and negotiate with our industry partners. World Routes is a fixed event in our calendar – see you in Adelaide!”

Register your place today and join the global route development community in Adelaide for the 25th World Route Development Forum.