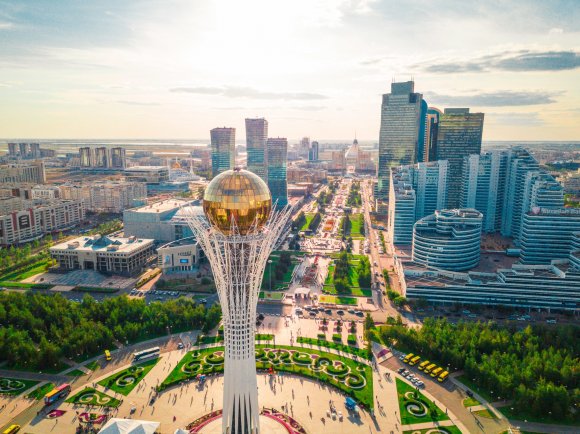 Astana, the capital of Kazakhstan, will host the 2019 edition of Routes Silk Road, the route development forum for the CIS, Central and Eastern Europe, Middle East and Central Asia.

As a transcontinental country spanning both Europe and Asia, Kazakhstan is the prevailing nation in Central Asia, generating 60 percent of the region’s GDP. 2018 saw Astana celebrate its 20th anniversary as the capital of Kazakhstan.

As one of the world’s few ‘planned capitals’, Astana is a remarkable city with futuristic architecture. Positioning itself as a centre for important national and international events, the city promotes sustainable development while facilitating trade and developing as a financial centre for Eurasia.

The return of Routes Silk Road is a result of the combined bid of The Mayor’s Office of Astana City, in collaboration with The Astana Convention Bureau, who submitted a strong proposal for the event to return in 2019.

Pro-actively approaching the Routes team with a comprehensive and compelling bid for the event to be re-established. Routes Silk Road has not taken place since 2015 with the last edition being held in Tbilisi, Georgia

“We look forward to welcoming all participants and sharing with them the legendary Kazakh hospitality! We hope that our history and heritage will provide an exceptional experience for everyone.”

As part of the “Nurly Zhol” economic stimulus plan, introduced by Kazakhstan's President Nursultan Nazarbayev in November 2014, $9bn has been injected in to the country to plan and develop infrastructure and education within the Republic of Kazakhstan, with more than $40bn  worth of projects expected to be implemented by 2020.

Nurly Zhol is designed to turn Kazakhstan into a key Eurasian transport and logistics hub, and as part of this, a new international airport terminal was opened in 2017 with capacity for 8 million passengers per year.

Mr Radilbek Adimolda, CEO of Astana International Airport said: “For Astana Airport, the international exhibition Routes Silk Road is a significant event. The conference will give us an excellent opportunity to declare ourselves as a high-level airport, present a new passenger terminal and discuss the development of new and existing destinations.”

The return of Routes Silk Road has been praised by IATA, which will be supporting the event.  Air Astana has been named the official carrier, with Peter Foster, Air Astana’s president and CEO, scheduled to speak.

Steven Small, brand director of Routes said: “The return of Routes Silk Road is well timed to follow Astana’s celebratory 20th anniversary as a capital. The investment in the country’s infrastructure has led to swift progress and Kazakhstan has seen rapid economic development, and we are sure that hosting Routes Silk Road 2019 will further help them to achieve their objectives

“As the world’s youngest Capital city, with its futuristic architecture and reputation for being one of the world’s top Smart Cities, Astana will be a unique experience for our delegates.”