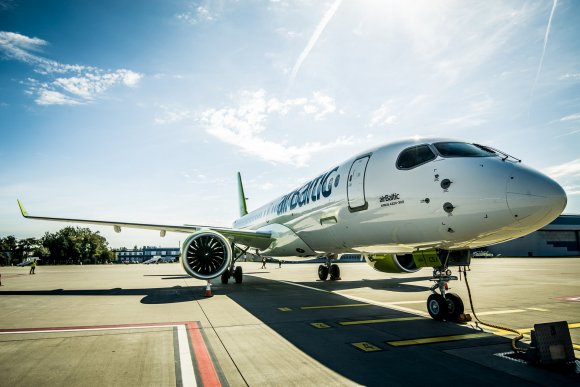 airBaltic to accelerate fleet transition
Latvian airline airBaltic is to end its Boeing 737 fleet operations in autumn 2019, one year ahead of the original plan. The move is part of its transition to an all-Airbus A220-300 fleet.

“Airbus A220-300 is the aircraft of our future and, by phasing out the Boeing 737, we will have the youngest jet fleet in Europe,” said chief executive Martin Gauss.

“The introduction of Airbus A220-300 has been very successful and provided the additional efficiency any airline is seeking in the highly competitive aviation market.”

The request to open the routes has been made to the Civil Aviation Administration of China (CAAC).

Domestic market boosts Qantas
Qantas has reported a “strong” performance during the first half of financial year, boosted by its domestic network having capacity aligned with demand.

“Balancing supply and demand by having the right capacity settings was also key,” he added.

“Broadly, the domestic market remains well balanced. Where there are opportunities, we’ll grow into them.

“The resources sector is a good example: we’re increasing our capacity within Western Australia by almost 10 per cent because of the demand we’re seeing.”

WestJet operates first 787 revenue flight
WestJet has operated its first flight of paying customers on one of the airline’s new Boeing 787-9 Dreamliner aircraft. It flew between Toronto Pearson International and Calgary on 20 February.

The aircraft will operate on domestic flights for crew training and regulatory compliance before the first scheduled international flight between Calgary and London Gatwick on 28 April.

“There are big things in store for tail 901 as it is the first 787 that will take WestJet global.”

WestJet took delivery of its first of ten Boeing 787-9 Dreamliners in January 2019 and the second Dreamliner arrived on 19 February.

The flights will operate twice a week on Wednesdays and Sundays until 23 October 2019 on an A320 aircraft.

The new route is expected to carry over 7,000 passengers this summer.