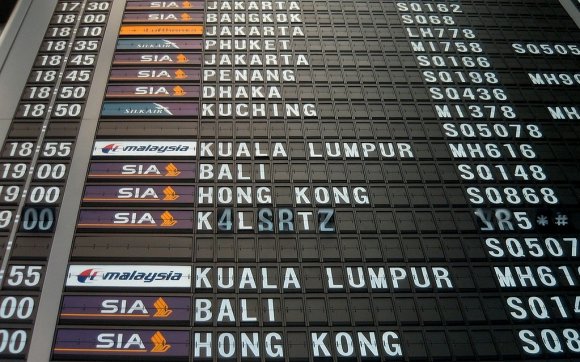 Phnom Penh International Airport has topped the list of fastest-growing major airports on earth, a new study by Routesonline has found, after increasing passengers by more than 38 percent in the last calendar year.

The latest figures from Sabre Market Intelligence reveal that the airport, which serves Cambodia’s capital city, handled 6.25 million passengers in 2018, compared with 4.5 million during the previous 12 months.

Phnom Penh was one of 15 airports located in Asia to feature in the top 20. Five of those were in China and a further five in India, highlighting the growing dominance of the two countries as aviation powerhouses.

The research ranked all airports by passenger numbers from January to December 2018, using preliminary data provided by Sabre Market Intelligence, and then by percentage annual growth when compared with the same period in 2017. Only airports with more than five million passengers during the year were included.

Phnom Penh is operated as a joint venture between Vinci Airports and Muhibbah Masteron Cambodia, which together hold a 45-year concession. The same venture is also responsible for the country’s Siem Reap and Sihanoukville international airports.

Passenger figures released by the three airports show that combined traffic passed the ten million mark for the first time last year, up from 8.8 million in 2017.

According to data from OAG Schedules Analyser, the total number of departure seats from Phnom Penh rose by 35 percent in 2018 to almost 4.1 million available seats.

The growth came as Cambodia’s minister of tourism Thong Khon reported that the country attracted more than 6.2 million foreign tourists in 2018, up 10.7 percent on the previous year. China was the biggest source market with nearly two million visits.

At number two in the list of fastest-growing airports is Quanzhou Jinjiang International, an airport serving the city of Quanzhou in the south-eastern Chinese province of Fujian. Its year-on-year growth was 31.9 percent to more than 8.1 million passengers, driven by the expansion of Shenzhen Airlines and Xiamen Airlines.

Jinjiang is the first of ten airports located in China and India to feature in the top 20 list. Other high-ranking Chinese airports are Yantai (6th), Nanchang (12th), Shantou (13th) and Da Nang (19th).

According to the latest figures from the International Air Transport Association (IATA), China will displace the US as the world’s largest aviation market (defined as traffic to, from and within the country) in the mid-2020s, while India will surpass the UK to take third place around 2024.

Elsewhere in the top 20, two airports in Africa feature - Marrakech (14th) and Addis Ababa (16th) - alongside one in Latin America.