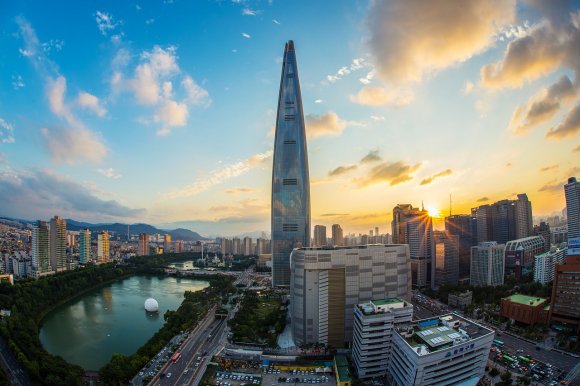 More than 2.2 million passengers took a flight between the two destinations, which links South Korea’s capital and the largest city in central Vietnam, compared with 1.29 million just 12 months earlier. The growth is enough to place the route at number one in the rankings, comfortably ahead of Manila (MNL) - Iloilo (ILO) in second.

Routesonline’s research found the top 100 passenger routes to/from and within the Asia-Pacific region during 2018 using the latest data provided by Sabre Market Intelligence. The list was then ranked by percentage annual growth when compared with the same period in 2017.

According to OAG Schedules Analyser, two-way capacity on the Seoul (ICN) - Da Nang (DAD) route jumped by 73 percent in 2018 to 2.8 million available seats. A total of ten carriers served the market, up from nine in 2017.

Jin Air had a 20.0 percent capacity share of the total number of seats on offer last year, with Korean Air on 15.1 percent and Jeju Airlines on 13.2 percent. In total there were almost 12,100 flight departures on the route, compared with fewer than 7,500 in 2017.

In second place is Manila (MNL) - Iloilo (ILO), which connects the capital of the Philippines with Iloilo City on Panay Island. Total passenger traffic increased by nearly 48 percent in 2018 to more than 2.1 million passengers.

In joint third in the list are two domestic routes. The first links Indonesia’s bustling capital Jakarta with the port city of Palembang, while the second connects Hyderabad in south India with Bengaluru, the centre of the country’s high-tech industry. Both routes increased passenger numbers by 20 percent in 2018.

The research has been released as aviation professionals gather for Routes Asia 2019, taking place from 10 -12 March in Cebu, Philippines. The event is the only route development forum that unites the Asia-Pacific region, providing a meeting place for airlines, airports and tourism organisations to discuss new market opportunities and the evolution of existing services.

Steven Small, brand director of Routes, said: “Across Asia there is a huge amount to be optimistic about. Capacity increases are planned across many markets, while increasing liberalisation will enable the growth of airlines.

“Routes Asia brings together senior decision makers from across the region to plan new air services and discuss increasing the frequency and capacity of the existing routes that are popular with passengers. The negotiations in taking place in Cebu could pave the way to the fastest-growing routes of the future.”