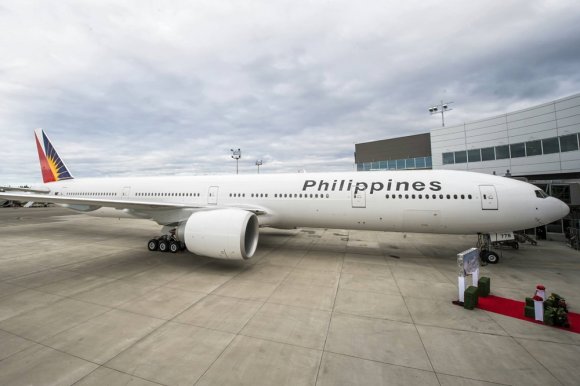 Seattle, Chicago, Paris and Rome are all on the radar for future routes operated by Philippine Airlines.

Speaking at Routes Asia 2019 in Cebu, the airline's vice president sales Ryan Uy said should they be given the go ahead, the new routes would be on a non-stop basis.

Nor are North America and Europe the only regions under consideration, in India the numbers are being crunched for New Delhi and Mumbai while frequencies to many other destinations could be increased.

But Uy added: "Asia is our key market so we are looking at routes from north Asia, south west Asia by increasing frequencies and introducing new routes."

He said this could mean increased frequencies on Philippine's routes to Beijing, Shanghai, Quanzhou and Chengdu in China while elsewhere he is keen to grow the current routes to Jakarta and Malaysia.

Uy said such growth would complement confirmed frequency increases to Bangkok, Los Angeles, New York and Toronto, with the overall seat numbers set to grow by 30 percent in 2019.

He also confirmed the airline is continuing to consider joining an alliance and spelt out to the audience the benefits available at each, although he refused to confirm his personal preference.

Uy said: "Alliances work very well if you are not overlapping with everyone. Star Alliance is big but if you see the members there's a lot of overlaps there.

"oneworld tends to look at the strongest carrier for each general location while Skyteam has the least overlaps.

"Right now Philippine Airlines is obviously keen and we'd like to enter into an alliance but we're not in a rush, we are taking our time. We know with alliances you have to be invited and you need to have a sponsor to be a part of them."

Uy also spoke of the opportunities available in operating out of a market where many of the locals work overseas.

He said around 2 million Filipinos currently work abroad either on terra firma or the high seas but urged airports to ensure they have the space to deal with such departures and returns.

Uy is also keen to meet the market's needs too. He said in a country where credit card penetration remains relatively low, 45 ticket offices are maintained in the Philippines while working with as many as 18,000 payment centres across the country means the localpopulation can still book a flight online and then arrange payment through these third parties.

While he admitted the only issues that truly worry him are the ones that he can't control, for instance last year's earthquake in Osaka, he is confident the airline has a strong future, particularly following the deal in February which saw All Nippon Airways buy a 9.5 percent stake in the carrier.

Uy said: "We're the second most populous country in Asia with 108 million people, the demographics are good and we do have a core healthy idle aged population that's going to drive the growth in traffic.