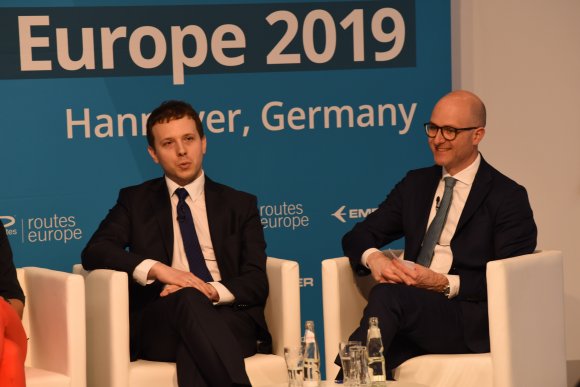 LOT Polish Airlines has outlined its plans for global growth from its Warsaw Chopin Airport and Budapest Airport hubs at Routes Europe 2019.

Speaking as part of the conference programme, Robert Ludera, the airline’s director network and alliances, identified North America, Asia, the Middle East and both Western and Central Europe as targets for new services.

Growth in North America and Asia will be supported from its Budapest hub, while the Middle East and Central Asia network will expand from Warsaw.

European growth will come from both hubs along with other unnamed Polish destinations, with a particular focus on Central and Eastern Europe (CEE).

Central Asia and CEE will become the centre of focus later this year at Routes Silk Road 2019, which will bring together carriers, airports and tourism authorities from Europe, Asia and beyond to focus on the fastest-growing European market,

“Our new routes are especially important for us,” Ludera told the conference. “We have launched Delhi, Miami and Singapore and seasonal routes to Colombo.”

Ludera also revealed that an airport’s offering can have a decisive difference when the carrier is selecting new routes.

“We need a minimum of eight months planning for the launch of long-haul routes.”