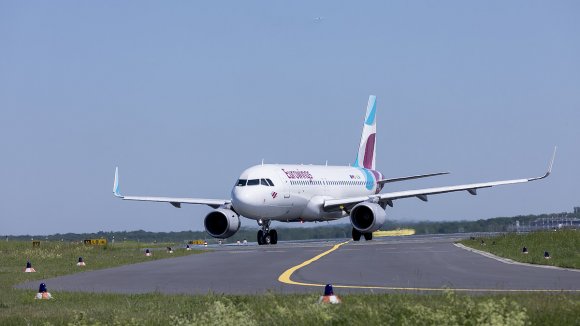 Lufthansa this week reported that overall capacity at its low-cost carrier Eurowings is expected to be flat in 2019, down from its previous forecast of 2 percent growth.

It came as the budget airline posted a loss of €257m for the first three months of the year, compared with a loss of €212m during the same period in 2018, which it blamed on the costs of integrating former Air Berlin aircraft.

Ulrik Svensson, chief financial officer at Lufthansa admitted that intense competition in the European short-haul market, in particular at its base in Vienna Airport where LCCs have rushed to fill the void created by the demise of NIKI, has been a key factor for the performance during the first quarter of 2019.

“Excessive supply growth in our short-haul business impacted our results,” Svensson told analysts on a conference call. “We estimate that the market-wide short-haul capacity in our home markets grew by around 9 percent during winter, a rate which clearly exceeded demand growth.

“As a result, price sensitivity of customers was high, putting yields and unit revenues under pressure. In addition, fuel costs increased by a good €200m. Finally, our logistics business weakened compared with stellar performance in 2017.”

According to OAG Schedules Analyser, Eurowings’ capacity in summer 2019 season will be 23.1 million available seats, down by 4 percent compared with summer 2018. Overall capacity for the year will be about 36.7 million seats.

Looking at Eurowings’ operations in Vienna, analysis of flight schedules data shows the carrier will operate 30 routes from the airport during summer 2019, only eight of which it will fly unopposed. Competition is especially fierce on routes to Barcelona, Rome Fiumicino and Malaga among others.

In total it will have a 7.5 percent capacity share of departure seats from Vienna, with 9.1 percent in the summer 2018 season.

Number of scheduled departure seats from Vienna (summer 2018 vs summer 2019) by airline:

“We vigorously defended our position in our home markets [during Q1 2019], especially in our main hubs,” Svensson said. “In doing so, we accept there will be a short-term hit on yields and unit revenues on certain routes where we are competing directly with a low-cost carrier.

“While increased competition is the short-term price to pay for long-term consolidation in Europe, long-haul performance held up much better.”

Eurowings is in the process of moving a large part of its long-haul network to Frankfurt Airport, as well as expanding from Munich Airport. It previously focussed on growth from Dusseldorf Airport.

“We are confident that the shift of major parts of Eurowings’ long-haul business to Frankfurt and Munich in autumn will improve performance, especially as we expect loads to benefit from Lufthansa feeder traffic,” added Svensson.

Overall, the Lufthansa group posted an adjusted loss of €336m for the first quarter of 2019, but said it expects to see “substantially improved trends” in the rest of the year.

Total revenues for the group amounted to €7.9bn, a 3 percent increase on the same period last year.

“We expect supply and demand in the European market to be better balanced in summer. Our confidence is based on the expectation that market-wide capacity growth will moderate significantly, as many in the marketplace are focusing on yields again rather than on volumes," concluded Svensson.