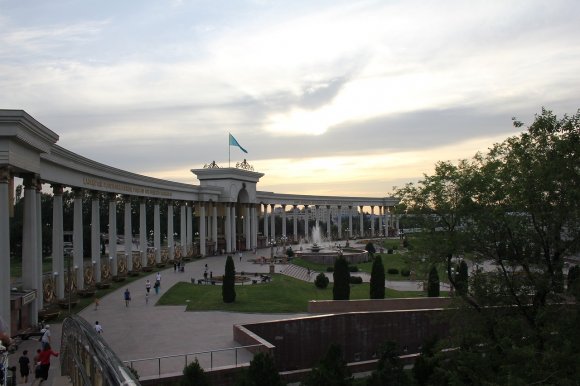 Kazkahstan flag carrier Air Astana’s new low-fare unit FlyArystan took to the skies this week, initially operating four routes from Almaty to Karaganda, Taraz, Uralsk and Nur-Sultan (Astana), the host destination for Routes Silk Road 2019. The airline has now filed an additional two domestic routes, set to launch at the end of the month. It will operate daily service from Almaty, which served as the country’s capital until 1997, to Shymkent and Pavlodar. Both will launch on 30 May 2019 using Airbus A320 aircraft provided by parent Air Astana.

On the Almaty - Shymkent route, Air Astana currently operates a twice daily service, while SCAT Air Company flies once daily between the destinations. OAG Schedules Analyser shows Qazaq Air also operates daily service, but no flight data is listed from the end of May 2019 onwards. FlyArystan is hoping its lower fares will appeal to a market of passengers who either don’t travel or travel by train or bus. It will primarily serve VFR traffic, but expects this to stimulate the leisure market.

Chinese carrier Lucky Air is to add its second destination in Russia from Kunming, the largest city of Yunnan province in southwest China. From 11 June 2019, the airline plans to operate a Kunming – St Petersburg service three times per week. It already serves Moscow Sheremetyevo from the Chinese city.

Lucky Air previously announced plans to serve St Petersburg from Kunming and Chengdu in 2017. The carrier initially scheduled a twice weekly service from Chengdu from 30 October 2017, which was later delayed until 17 December. However, flights did not materialise.

St Petersburg is currently connected to four points in China: Sichuan Airlines operates from Chengdu, Hainan Airlines from Beijing Capital, and China Eastern from Shanghai Pudong and Xi'an. In addition, China Southern is opening a seasonal service from Ürümqi in June 2019.

Hear from Peter Foster, president and chief executive of Air Astana, at Routes Silk Road 2019. He will discuss the airline's expansion plans over the coming years as part of a CEO Keynote Interview.

Air Italy is set to resume service to the Maldives during its winter 2019-20 schedule, operating a three weekly seasonal service between SEA Milan Airports and Male from 29 October. As reported by Airlineroute, the route was previously served by Meridiana - which was rebranded Air Italy in March 2018 - until April 2017.

Male is one of four warm weather destinations being added to the carrier’s winter schedule from Milan, the host destination for World Routes 2020, replacing flights to Los Angeles, San Francisco and Toronto. It will also fly to Mombasa, Tenerife and Zanzibar. Air Italy will compete with fellow Italian carrier Neos Air on the Milan Malpensa - Male route, which flies weekly using Boeing 787 aircraft.