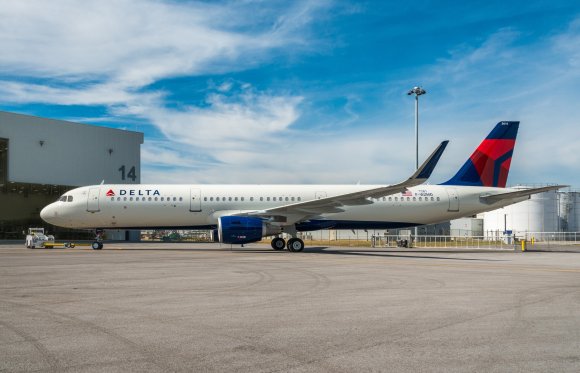 US carrier Delta Air Lines' steady growth in Boston is set to continue with the addition of new twice-daily service to Miami beginning this December.

“It's been a tremendous year for Delta in Boston already, and we continue to keep climbing with new routes and frequencies, award-winning service, and industry-leading reliability that sets Delta apart,” said Charlie Schewe, Delta’s director - New England sales.

With these additions, Delta and its partners will offer more than 150 daily departures from Logan by March 2020, a 25 percent increase compared to 2019.

A decade ago, Delta was the largest operator out of Boston with a 16.9 percent share of departure seats. However, after being impacted by the consolidation in the US airline market - and coupled with the rapid expansion of JetBlue - it dropped to third place in 2016 with a 14.8 percent capacity share.

But in 2017 Delta identified Raleigh-Durham International Airport and Boston as focus cities, vowing to increase its network from the destinations.

According to data from OAG Schedules Analyser, the carrier last year grew its capacity share of departure seats from Boston to 17.2 percent, overtaking American Airlines as the second largest operator from the airport. JetBlue accounted for 27.9 percent of all departure seats in 2018.

It is also continuing to expand internationally with its own flights and in conjunction with its partners. Later this month the carrier will begin seasonal Boston service to Lisbon and Edinburgh, as well as extend summer seasonal service to Dublin.

This follows the launch of KLM’s three-weekly Boston-Amsterdam flight and Korean Air’s five-weekly Boston-Seoul service, both of which began in April 2019.

During the same month, Delta and joint venture partner Virgin Atlantic announced plans for new non-stop routes to London Gatwick from Boston and New York JFK. The flights are set to commence in summer 2020, but schedules have not yet been confirmed.

Details of the planned transatlantic service came just days before JetBlue revealed it intends to launch multiple daily flights to London from New York JFK and Boston using Airbus A321LR aircraft. It is currently evaluating which London airport to serve.