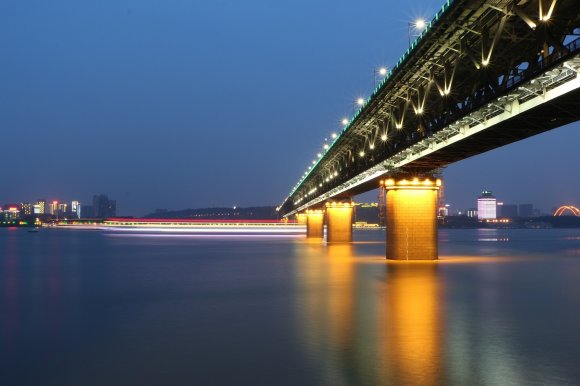 China Southern is adding a direct service between Wuhan and the US East Coast following the US Department of Transport's approval, having served SFO on the opposite seaboard since 2014. The carrier will be hoping to complement its Guangzhou service from JFK, which is now the carrier's second-largest link between North America and China, behind only the link between LAX and the same city.

In the last five years China Southern has more than doubled its total network between China and the US from 217,311 seats in 2014 to 521,740 in 2018. However, this was lower than 2016 and 2017. Wuhan is on the Yangtze River and does get tourism traffic, but this service will likely be targeting outbound traffic from the Chinese city.

In 2019 China Southern is on course to be the sixth-largest China-US carrier, offering roughly half of the seats offered by market leader Air China, and behind United, China Eastern, Hainan and Delta.

Saudi national carrier Flynas is launching a new international flight between Riyadh and Delhi from 1 July 2019. The service will operate five times per week and comes a year after the budget airline launched services to Hyderabad.

Traffic between India and Saudi Arabia has increased steadily - if unspectacularly - over the past few years, from 1.9 million seats in 2014 to 2.3m last year.

Flynas has moved into the gap vacated by Jet Airways, joining Saudi Arabian and Air India on the route. Jet Airways operated daily service during the winter 2018-19 season. The move is a natural progression for Flynas, targeting markets sensitive to lower fares. It is likely to appeal to labour traffic working in Riyadh.

Other international destinations recently added by the carrier include Lahore, Islamabad, Algeria, Trabzon, Erbil, Baghdad, Sarajevo, Vienna, Batumi, Tbilisi and Baku. It is hoping to double passenger numbers over the coming years after carrying 6.6 million in 2018.

Lima is the only southbound market served directly from Cartagena at present. Initially served by LAN Peru, the route was discontinued in May 2011 but service resumed with LATAM and ASM assistance in January 2017. Since then the market has seen considerable stimulation and natural growth. Due to the unique location of CTG, the Barranquilla (BAQ) market also uses the airport for international services.

LATAM recently increased frequency on CTG-LIM from four-weekly to daily in March 2018. However, in 2018 only 32 percent of the market was traveling directly. The rest of the market continue to connect in BOG or Panama City. Viva Air Peru has been attracted by the need for more direct services and will provide Avianca and Copa Airlines with competition.

Thanks to Omar Hashmi, senior consultant at ASM, for additional input this week.