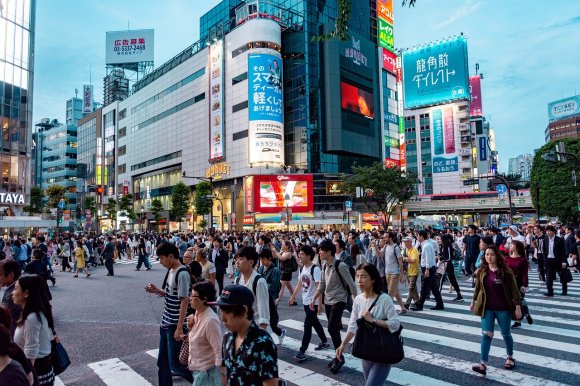 The US Department of Transportation (DoT) has granted preliminary approval for the launch of 12 new flights between cities in the US and Tokyo Haneda Airport, which are planned to start in time for the 2020 Summer Olympics in Tokyo.

The move comes four months after the delegations from the United States and Japan tentatively committed to amending the US-Japan aviation agreement to provide for up to 12 additional daytime slots for the start of the 2020 summer season.

The slots are being made available after a deal was reached to allow civilian movements through airspace controlled by the US Air Force’s Yokota Air Base.

Prior to this year, the most recent amendment to the US-Japan aviation agreement was reached in 2016, and provided for five US carrier daytime Haneda flights, and one US carrier a night-time/early morning Haneda flight.

“We are encouraged by the DoT’s tentative decision and look forward to operating more flights into Tokyo Haneda and beyond with our joint business partner, Japan Airlines,” said American president Robert Isom.

American currently operates daily service between LAX-HND and LAX-NRT, as well as twice-daily between DFW-NRT and three-weekly between ORD-NRT. It also applied for one daily flight from Las Vegas McCarran to Haneda but this hasn’t made the DoT’s list.

Delta described the preliminary award as “a major milestone” that will allow it to “compete with US airlines that have previously been able to offer better access to Haneda through joint venture partnerships with Japanese airlines”.

United Airlines president Scott Kirby said: “As the largest U.S. carrier to Asia, we are excited to see we were granted additional slots to Haneda to help more Americans travel between our nation and Japan's capital city, which will offer our customers an unparalleled experience while maximizing choice.”

Lastly, Hawaiian Airlines has been provisionally granted one additional daily Honolulu to Haneda frequency. The carrier had hoped to add three daily flights from what is the largest US-Tokyo market.

The tentative approval of one new slot is expected to allow Hawaiian to arrive and depart Haneda earlier, thereby allowing substantially more connections to banks of flights departing and arriving from points throughout Japan. It therefore can expect growth in connecting traffic to points beyond Tokyo through its codeshare with Japan Airlines.

“Although we are disappointed that the tentative award does not grant our full request for three new routes, Hawaiian looks forward to the opportunity to expand its service between Tokyo Haneda and Honolulu,’’ said Peter Ingram, president and chief executive of Hawaiian Airlines.

The four airlines that have submitted proposals for additional Haneda service now have the opportunity to respond to the DOT’s preliminary order. The DOT will review airline responses and issue a final order awarding Haneda slots, expected in late summer 2019.