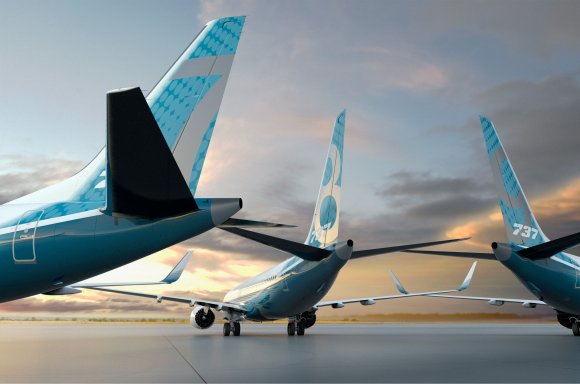 The global grounding of Boeing’s 737 Max 8 in March in the wake of two deadly crashes is already having an impact on the world’s aviation route development. More than 375 of the aircraft were operating on nearly 1,000 routes when the decision was made to ground the fleet following the Ethiopian Airlines crash in Addis Ababa, which happened in the same month, killing all 157 people onboard.

The incident came five months after a Lion Air Max 8 crashed into the sea in October 2018 shortly after take-off, killing all 189 of the passengers and crew in similar circumstances. Subsequent investigations have blamed the aircraft’s Manoeuvring Characteristics Augmentation System (MCAS) for both crashes, and Boeing is seeking a solution to the problem which it hopes to implement by mid-July, and so clear the model for flight.

In the meantime Nigel Mayes, ASM senior vice-president consulting and product development, said some airlines have been forced to rethink their summer schedules, despite leaning heavily on leased aircraft to fill the gaps.

He says: “Although many of the larger airlines have been able to reshuffle their fleet, hire in replacement aircraft, extend current leases or increase cooperation with alliance partners, their networks have nevertheless been impacted.

“In addition to hundreds of daily flight cancellations, numerous services have been suspended or axed entirely, particularly on routes with lower demand.”

Mayes explains the largest user of the aircraft, Southwest Airlines with 34 in service, has already suspended flights from Pittsburgh to Los Angeles and Cancun in the wake of the ban. Elsewhere, Air Canada – which had 24 of the aircraft operating at the time of the grounding – has suspended flights from Halifax and St John’s to London Heathrow until August at the earliest chance, while other seasonal routes such as Toronto- Shannon have been completely cut from the summer schedule.

Fellow Canadian carrier WestJet, which had 13 of the aircraft, has cancelled flights on its Halifax-Paris service, while Icelandair, which had five, has scrapped the planned resumption of its four-weekly Reykjavik-Cleveland route.

Mayes adds: “In addition, it is interesting to note the number of smaller airlines that have Max jets in their fleet.

“The likes of Air Italy, Cayman Airways and Fiji Airways are all operators, alongside Mauritania Airlines, SCAT and Sunwing Airlines. These carriers will no doubt have planned future growth and schedules on the performance of this more fuel-efficient plane.”

Carl Denton, managing director of Sven Carlson Aviation Consulting, argues the current ban on the Max 8 will have a bigger impact on existing routes than new ones as the industry gears up for its peak summer period.

He adds: “The Max 8, initially, had been allocated on the whole to similar routes to the Boeing 737-800, with the benefits initially seen in the efficiencies of the Max 8 on the same routes.

“Those looking to operate transatlantic with the Max 8 have found this more challenging as the 737-800 struggles on range on certain routes. This has forced disproportionate leased-in capacity such as wide-bodies.”

He adds: “In some ways, and I realise it is a harsh statement to make, but it is a really small number of flights [affected by the ban].”

But he admits that for those airlines which have been impacted, they have had to introduce a number of measures in order to cover the capacity shortfall. He says some airlines are flying longer hours with their current aircraft, putting larger aircraft on the worst-affected routes or drafting in alliance partners to help fill the gap.

Taneja adds that one of the most popular solutions has been to wet-lease more aircraft to cover the gap, with the bills most likely to be passed on to Boeing to cover.

Mayes agrees that leasing has certainly eased the problem, but warns: “Although leasing aircraft is an option for such airlines, the fuel burn and operating efficiency of such replacement jets will be poorer than the Max.

“The Max 8, for example, is 14 percent more fuel efficient than the 737-800, according to Boeing. Increased demand for leased aircraft is also pushing prices up, while flight cancellations and the potential loss of bookings will weigh heavier on smaller carriers.”

Denton agrees that the short-term, wet leasing of aircraft has proven to be a good – albeit temporary – solution to the immediate problems.

He says: “In this respect, most airlines have initially secured capacity until mid-July pending updates on Max 8 returns. There are many aircraft available on the market due to recent bankruptcies. However, not all of them are available in the desired configuration, so some flights will have to be cancelled.”

Denton argues 2019 is also a better time to wet-lease an aircraft in Europe compared to last year, when strong demand and a shortage of available short-term, wet-lease aircraft was blamed for a number of airline failures in the region. Instead, this year he makes the point that rates have “softened significantly” while terms remain flexible.

He adds: “Despite this, the mid-term prognosis is not good if the Max 8 does not start flying soon, with many planned deliveries and new services coming online during the summer.

“Options for short-term solutions have now diminished and longer-lease terms on available aircraft will make planning more complex. Dry leases require much longer contract terms which, before being considered, would need renegotiations on Max 8 deliveries.”

A long road ahead

If delivery dates are to be renegotiated, then Boeing will have its work cut out. Of the 5,0000 Max aircraft currently on order, 500 were scheduled for delivery this year. Mayes states that for many airlines, the chance to renegotiate delivery dates of the ordered aircraft has been beneficial, even if the impact on route development is not.

“Virgin Australia, meanwhile, was due to take delivery of eight 737 Maxs from November, but has deferred delivery until July 2021 to give it time to be satisfied with the model’s safety. It has also converted an additional 15 of its Max 8s on order to Max 10s.

“However, while this deferral of capital expenditure may be positive for some in the short-term, it will nevertheless mean that some new routes will now not open as originally scheduled and others planned for the medium-term could be kicked into the long grass completely.”

Taneja also argues the other benefit from the fleet ban has been higher ticket prices where capacity has been stripped away. In the meantime, airlines have pledged to pass on the cost of wet leasing aircraft to Boeing, which will likely land it with a hefty bill. TUI Group alone has said the cost of covering the absence of its four Max 8s until mid-July will be €200m.

Denton also warns that with the measures taken, particularly with the wet leasing market, European airlines will find it harder to provide emergency cover for aircraft in the event of last-minute technical issues.

In which case the cost of the grounded aircraft will not just be to route development and Boeing, but will be felt by travellers too, therefore making the need to find a solution even more urgent.