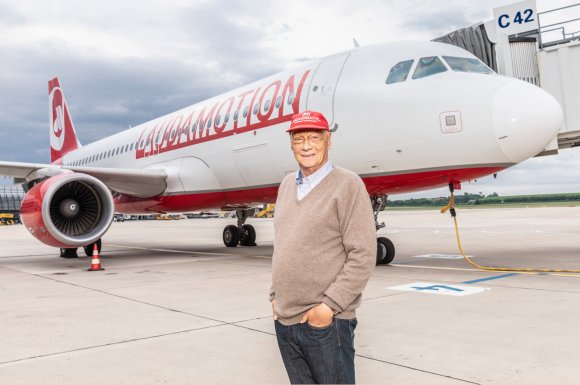 Tributes have been paid to Niki Lauda, the Formula 1 racing champion and airline entrepreneur, who died this week aged 70.

In 2003, he founded low-cost carrier Niki which merged with Air Berlin in 2011. Lauda then took over Austrian private jet operator Amira Air in early 2016 and renamed it Laudamotion. Following the collapse of Air Berlin in 2017, Laudamotion acquired Niki’s assets.

More recently, Ryanair took a stake in Laudamotion in 2018 and completed a full takeover in January 2019.

Ryanair chief executive Michael O’Leary said: “Niki Lauda will remain in our heart and our memory as a visionary leader, a legend of Formula 1 and an aviation pioneer. Niki was an exceptional entrepreneur whose courage and fighting spirit inspired millions.

“While we are devastated at his untimely passing, his spirit and vision will live on in Laudamotion, which proudly carries his name and his entrepreneurial spirit.”

Forever carried in our hearts, forever immortalised in our history. The motorsport community today mourns the devastating loss of a true legend.

The thoughts of everyone at F1 are with his friends and family. pic.twitter.com/olmnjDaefo

The latter marks China's recognition of the principle of EU designation, whereby all EU airlines will be able to fly to China from any EU Member State with a bilateral air services agreement with China under which unused traffic rights are available.

Up until now, only airlines owned and controlled by a given Member State or its nationals could fly between that Member State and China.

Both the European Commission and the Chinese transport administration will now proceed with their respective internal procedures to put the conclusion of the agreement in place.

Finnair and China Southern have agreed a new codeshare deal that includes the Finnair route between Guangzhou and Helsinki, and select China Southern destinations in China.

Beginning on 1 June 2019, Finnair passengers will be able to connect with China Southern from Guangzhou to Changsha, Hangzhou, Sanya, Wenzhou and Xiamen. Three existing Finnair destinations can also be flown from Guangzhou under the codeshare agreement, which include Chongqing, Nanjing and Xian.

Christian Lesjak, Finnair senior vice president, network and resource management, said: “We're very excited about this first step of our partnership with China Southern. This codeshare opens up new destinations in China for our customers on the Helsinki-Guangzhou route, which we just extended to year-round operations.”

Airbus and SAS have signed an agreement to work together on research of the infrastructure requirements for hybrid and electric aircraft.

The project aims to gain an understanding of the introduction of hybrid-electric aircraft for large-scale commercial use.

“We are proud of our ambitious sustainability work and are now pleased that Airbus has chosen SAS to partner up with us for this future project. If this becomes a reality, it will revolutionise emissions,” said Rickard Gustafson, chief executive of SAS.

SAS has a goal to reduce emissions by 25 per cent by 2030, mainly by modernising its fleet and increasing the use of biofuels.

Qatar Airways is increasing the frequency of its London Gatwick service to three daily flights for the peak summer season.

From 29 June, the carrier will up its flight frequency between Gatwick and Doha from 16 flights per week to three flights per day using Boeing 787 Dreamliner aircraft. It will remain three-daily until 1 October 2019.

Gary Kershaw, country manager (UK & Ireland) at Qatar Airways, said: “We have been really impressed with the performance of the London Gatwick route since the first flight a year ago today, which is why we are increasing our frequency to three flights per day for the summer.”

In its maiden year operating from Gatwick, the airline has flown more than 130,000 passengers.

Airbus’ A220 Family aircraft will now be offering increased range starting from the second half of next year, allowing airlines to tap into new routes that were not possible before.

“Since its entry-into-service close to three years ago, the A220 aircraft has already proven that it is meeting or beating its initial performance targets, bringing more flexibility and revenue potential to customers,” said Rob Dewar, head of engineering and customer support for the A220.

Airbus pointed to new market opportunities flying between Western Europe and the Middle East and from Southeast Asia to Australia.