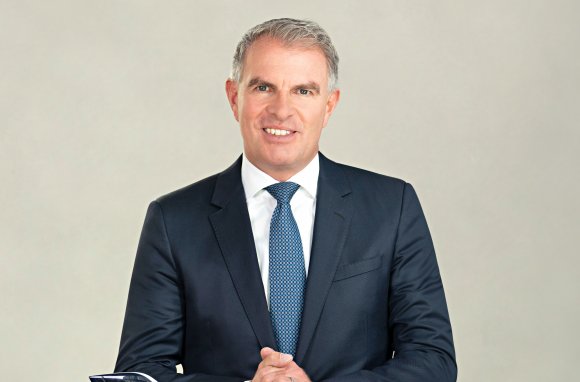 Addressing the group’s 2018 full-year results in March, the Lufthansa Group chief executive is outlining his thoughts on consolidation and the bigger picture in Europe. He makes it clear he thinks Europe’s short-haul market is “overheated” and that 2019 will see the start of a consolidation process that cements the dominant players in Europe.

“I have 25 years’ experience and if I look to the US I can tell you we are currently seeing the final phase before strong consolidation. Everybody is trying to secure market shares and slots, everybody is concerned about losing market shares,” he says.

Spohr makes it clear Lufthansa will be a leading part of a consolidated European market. He argues that with three major players in China, three in the Gulf and Bosphorus and three in the US, “Europe needs a strong Lufthansa group”.

The group’s name has been linked with Thomas Cook-owned Condor, Alitalia and, more fancifully, easyJet, but Spohr is naturally keeping his cards close to his chest.

“The energy in the media for consolidation is defi nitely higher than at the airlines themselves. In the past ten years we have acted a few times. We do that if the opportunity arises. You don’t talk about it, you do it.”

Since making the pronouncement, most people’s suspicions have been confi rmed, with Spohr admitting a bid for Condor will be made with an option to acquire Cook’s British, Scandinavian and Spanish airlines.

Condor would be a good fit; Lufthansa was its previous owner until Thomas Cook acquired it in 2009 and Lufthansa Group still provides 30 percentof its passengers via feed at Frankfurt and Munich.

As for a potential bid for Alitalia, there is “nothing cooking at the moment” due to a lukewarm reaction to a previous restructuring plan, but it would be an important tie-up – Italy is the most important foreign market for Lufthansa Group after the US.

“We want and will expand with Eurowings in the tourist segment. If and how Condor would support us, we will see. We will see what the seller thinks about the price,” Spohr says, but adds that he cannot predict what the competition authorities would have to say about it.

Meanwhile, there are day-to-day obstacles to overcome in Europe this year, an extra €650m fuel bill being one of them, which Spohr says will be considerably offset by cost reductions. Then there is the issue of airlines providing too many flights for support systems to cope with.

“Air transport has been enjoying disproportionate growth for years. The investment and modernisation of infrastructure cannot keep up with this pace. The market in general may be growing slower over the coming years, but infrastructure will not grow as strongly, so at some point, the limits of capacity will have been reached.”

Extraneous factors are already having an impact, Spohr says, adding that one-third of delays experienced by his passengers are due to ATC, another third due to the airport and the remainder the fault of the airlines. “Last year was very trying, especially in summer,” he adds.

He does not seem optimistic about the coming year in this respect: “Operational stability over the summer will be the key issue,” he adds. Things are so bad that he floats the idea of a moratorium on growth.

“We do not need blind growth at any price, but quality growth. That means that the infrastructure has to be in line with demand. If that is not possible, we have to talk about a realistic cap on growth, for example, a maximum number of flights for individual airspaces.”

Spohr predicts growth in the total number of German-originating flights this summer of 2.3 percent. “However the German air navigation service, the DFS, tells us that capacities will not suffice and will even be reduced. There is an urgent need for action here.”

To alleviate these delays, buffers of 5-15 minutes have been added to the schedules to improve punctuality, and the group has its own mini-fleet of spare aircraft – increased from 15 to 37 with the Air Berlin acquisition – to help with any technical delays.

“That’s more than other airlines operate in total,” he says. That alone will be a big help in reducing the passenger compensation bill.

Spohr also blames airport security for holding back expansion, calling for more modern screening processes: “We can see from abroad how it’s done in Amsterdam, Brussels and London.” In these locations, he said, 200 passengers an hour are screened.

“More than double than at Frankfurt and Munich. We can’t have such bottlenecks – let’s not forget almost two-thirds of our passengers are transfer passengers and they have other alternatives abroad.”

In reply, Fraport criticises Lufthansa for having a less-than-strict cabin bag policy. Whatever the cause of delays, Spohr says Lufthansa Group is setting “a good example”. “For summer 19, we have reduced our growth from 3.8 percent to 1.9 percent.”

Moreover, in a seemingly contradictory move, Lufthansa is moving away from large aircraft at its congested main hub, sending six Airbus A380s back to the manufacturer in 2022 and moving another two to Munich from summer 2020.

Spohr again takes aim at Frankfurt as he explains his strategy: “Last year, punctuality and customer-perceived quality was lowest at our hubs and we expect that to continue. Therefore we have reached a decision to go away from the huge aircraft and the mega hubs.”

Despite his unhappiness, Spohr is still spending money on upgrading lounges at Frankfurt and in Vienna, Zurich and New York. The changes will see these facilities expand to up to 7,000 square metres. He is also adamant about protecting the group’s slot portfolio: “We will not abandon slots. Slots are our investment in the future, just like aircraft.”

Spohr has indeed invested in aircraft. He was speaking a day after Lufthansa ordered 20 Airbus A350-900s and 20 Boeing 787-9s, with delivery from 2022-2027. Spohr alone did not sound the death knell for the A380, but Lufthansa is one of its pallbearers.

“If we didn’t have those difficulties at Frankfurt, our aircraft order would have looked quite different,” he claims, adding that talks with Fraport had not made “any headway sufficiently quickly”.

The reality, however, is that Lufthansa Group, like everyone else, is just downsizing its flagship aircraft size. This strategy is already under way; next year, Lufthansa becomes the launch customer for the Boeing 777-9, a swap for its 747- 400s and, it says, the first time the group has replaced any aircraft with a smaller model: “That is a further contribution to relieving the infrastructure at Frankfurt.”

In for the long-haul

If caution and a slight retraction in 2019 is the general picture, are there any pockets of expansion? The budget Eurowings brand is definitely one; it now has 205 aircraft – 20 of them long-haul – at its disposal following Air Berlin’s demise. Capacity at Eurowings will grow 2 percent this year, with a focus on breaking even. Eurowings is already handling 39 million passengers, one-in-four of group carryings.

The additional long-haul aircraft “gives us the possibility to participate more in the tourist market” Spohr says. “Eurowings will do that with long-haul destinations from Frankfurt and Munich. We are significantly better placed in the European consolidation process thanks to Eurowings.”

Spohr says his budget long-haul model is Swiss subsidiary Edelweiss, which “is working marvellously; 15 percent of long-haul flights in the leisure segment [in Switzerland] are catered for by Edelweiss.”

In October, Eurowings debuts long-haul services from Frankfurt to Barbados and Windhoek together with a Mauritius service which is currently a Lufthansa route. Munich- Bangkok is also planned, replacing a Dusseldorf service, as well as a Lufthansa service, while Dusseldorf-Las Vegas starts in July.

Spohr is however cautious about Dusseldorf. He says: “We are going to make money with long-haul, and Dusseldorf has had no success. No LTU, no Air Berlin has had any success and we are very cautious salesmen, we will propose as many long-haul destinations in Dusseldorf as will be profitable, so capital costs will have to be created again. We will see what’s possible and I hope the airport will support us.”

Another location, Vienna, is a cause for concern since Ryanair’s Lauda began operations there in spring 2018. Now with 20-plus destinations and 11 aircraft by the autumn, its presence has already been felt: Austrian Airlines’ 2018 EBIT of €42m, down 55 percent, was blamed directly on a tough short-haul market, with competition at Vienna only getting hotter – Lauda launches 21 destinations next winter and another three Lauda aircraft arrive in summer 2020.

Brussels Airlines was profitable, but not profitable enough, according to the group, and efficiencies will be found. It, and Austrian’s blip, are perhaps more of a concern for Spohr than Eurowings, which last year plunged to a €178m loss (2017 +€94m) due to €170m of integration costs of 77 Air Berlin aircraft.

“We regard last year’s losses as the price we have to pay for the unique opportunity to further consolidate our home market. In 2019, the turnaround of Eurowings will be a major focus,” Spohr says.

There is a note of caution here, as Lufthansa Group admits that Air Berlin’s demise in October 2017 prompted a surge in demand for Lufthansa Group flights in 2018, something that won’t be repeated, with capacity having been filled, some of it by Eurowings, and others.

It will take time for the situation to settle, and the prediction is that Eurowings will take three years to break even, when it will have cemented its place in continental Europe’s budget airline scene. This does not signal a price war; Spohr is contemptuous of ultra-low budget fares, describing €9 lead-in prices as “economic and ecological madness," adding: “We start at ¤30, a realistic price for short-haul.”

With all this to digest and ahead of a potentially testing summer, Spohr is, unlike his UK counterparts, relatively unworried by any potential disruption to UK services and sales caused by Brexit, which he describes as “simply sad”.

He adds that only 5 percent of the group’s revenue comes from the UK: “The commercial risk is very limited. If there is going to be a macroeconomic shock, we are ready; the balance sheet is strong enough.”

Spohr might have an overheated market in continental Europe to deal with and a major airline to integrate, but, unlike his UK counterparts, he doesn’t have to deal with the endless Brexit saga and its uncertainty. As 2019 progresses, how his rivals at IAG, easyJet and Ryanair must envy him.