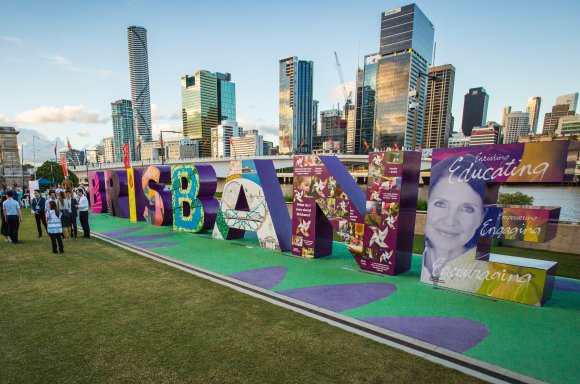 A planned joint business agreement between American Airlines and Qantas has received tentative antitrust immunity from the US Department of Transportation (DoT), almost three years after a previous application was rejected.

The ruling, which is still subject to a public comment period, will allow the airlines to coordinate fares and schedules on services between the US and Australia and New Zealand. The carriers expect to open three new trans-Pacific routes within the first two years of immunity and increase capacity on existing routes.

If final approval is given, Qantas said it plans to announce details of two new non-stop services between Brisbane, the host of Routes Asia 2018, and the US hubs of Chicago and San Francisco. Brisbane currently has two direct connections to the US: Qantas and Virgin Australia fly to Los Angeles International, while Hawaiian Airlines flies to Honolulu.

“Both airlines submitted a compelling proposal to the DoT that would bring significant benefits to millions of travellers and a boost to tourism,” said Qantas chief executive Alan Joyce.

“For more than 30 years, Qantas and American have connected the US and Australia as partners. This joint business means that we’ll be able to deepen this partnership to offer new routes, better flight connections and more frequent flyer benefits.”

Doug Parker, the chief executive of American, added there was “unprecedented level of public support for this application”.

The joint application to the DoT by American and Qantas states that the joint venture would generate 180,000 new market passengers annually, stimulated by additional codesharing and new flights.

A number of proposed conditions are attached to the DoT’s decision, including a detailed review to be undertaken in seven years and annual reporting on commercial developments in the alliance.

According to data from OAG Schedules Analyser, eight carriers currently serve the market between the US and Australia and New Zealand. For the week commencing 3 June 2019, Qantas has a 35.1 percent share of seats available, while its subsidiary Jetstar has a 5.5 percent share of the market. American’s capacity share is 4.1 percent.

With American and Qantas’ latest application set for the green light, Qantas’ plans for two new routes between Brisbane and Chicago and San Francisco would represent a huge boon for the Queensland airport, which was named the Overall Winner at the Routes Asia Marketing Awards 2019.

Brisbane is owned and operated by the Brisbane Airport Corporation (BAC), which has committed billions of dollars of investment, including a new runway due to open in 2020.

In 2018 the airport reported passenger growth of 1.7 percent to more than 23.6 million. International traveller numbers grew by 277,000 to in excess of six million, while domestic passenger volumes increased by 0.7 per cent to 17.5 million.

The airport started 2018 with 26 international airline partners and finished with 28, with Malaysia Airlines re-launching four weekly non-stop flights between BNE and Kuala Lumpur in June and Samoa Airways commencing twice weekly services between BNE and Apia in November.

Since then, Thai AirAsia X has confirmed plans to open a route to Bangkok from 25 June 2019 and Solomon Airlines has started direct flights to Munda, located on the island of New Georgia in the Solomon Island’s Western Province.

Speaking to Routesonline at Routes Asia 2019 in Cebu, Brisbane Airport’s head of aviation business development Jim Parashos said it has enjoyed success in securing new routes to Asia over the past 12 months and that would continue to be a focus. However, he added that increasing its connections in North America would also be an aim.