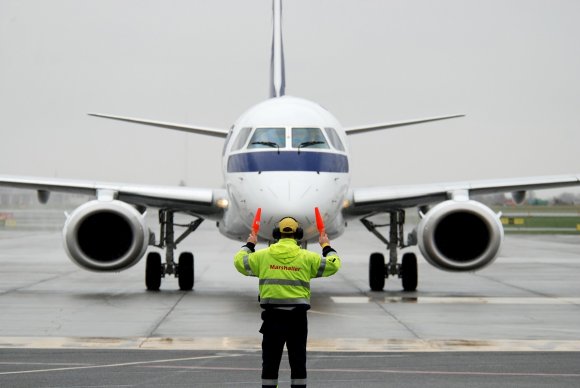 The launch marks the tenth long-haul route the Star Alliance carrier operates from Poland’s capital city. In September it will begin its 11th, a route to India’s capital New Delhi operating five times per week, and in December it will open its 12th, a seasonal three-weekly scheduled service to Colombo in Sri Lanka previously served as charter flights.

Analysis of data provided by OAG Schedules Analyser shows Warsaw has the fifth-most long-haul routes in the CEE region, and the second-most outside the Commonwealth of Independent States (CIS). With 12 long-haul destinations, the airport has one fewer than Vnukovo International Airport JSC, two fewer than  Moscow Domodedovo Airport and three fewer than Prague Airport.

However, the leader by a considerable distance is Moscow Sheremetyevo. It has 48 long-haul routes in its network, 33 more than Prague in second place.

In addition to the 15 airports shown above, which have two or more, a further 12 have one long-haul route. They are: Belgrade Nikola Tesla, Dubrovnik, Gdansk, Katowice, Kiev Zhuliany, Krasnodar, Mirny, Nowy Dwor Mazowiecki, Perm, Rzeszow, Simferopol and Syktyvkar.

However, when compared to Western Europe, the CEE region has far fewer long-haul airports and connections. A total of 71 airports in Western Europe have one or more routes in excess of 4,000 km in distance.

Paris Charles de Gaulle has the most with 114, followed by Frankfurt International with 101. London Heathrow is just behind on 100, with Amsterdam in fourth (79) and Istanbul Airport (60) completing the top five.

Looking at the destination regions from CEE airports, 68 routes are to airports in North East Asia, led by China. North America is the second biggest region with 29 routes, while South East Asia is third with 15.

In terms of airlines serving the market, 49 separate carriers offer long-haul routes from CEE airports. Aeroflot is the biggest by the number of routes offered, with 27. All of the Russian flag carrier’s long-haul are from Moscow Sheremetyevo and 13 are to airports in North East Asia.

LOT is the second-largest carrier by number of routes with 14, while Nord Wind and Pegas Fly each have 12. Siberia Airlines completes the top five with 11.

The data is all supplied by OAG Aviation using its OAG Schedules Analyser tool. Long-haul routes are considered to be services more than 4,000 km in distance. The definition of the CEE region used by the data provider does not include Turkey and Greece.