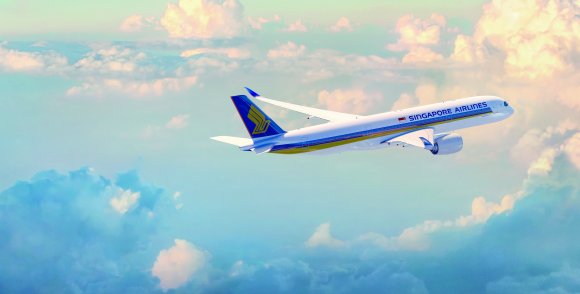 The flag carrier of Singapore and winners of the ‘World’s Best Cabin Crew Service’ award for 23 consecutive years, as well as ‘Best Airline in the World’ in the TripAdvisor Traveller’s Choice Awards in 2018 and 2019 and ‘World’s Best Airline’ Skytrax Airline Awards 2018, Singapore Airlines will be the airline of choice for delegates attending the 25th anniversary edition of World Routes. Boasting one of the youngest fleets in the world and a global network that reaches over 135 destinations across 37 countries and territories throughout Asia-Pacific, the Middle East, Africa, Europe and North America, delegates will have no trouble finding a route to Adelaide.

Steven Small, Brand Director at Routes, said: “We are delighted to have Singapore Airlines as the official carrier for World Routes 2019, and we are very happy to be celebrating three important milestones together.

“For the past 35 years, we’ve had the pleasure of operating to South Australia and exploring the many wonders that Adelaide and the surrounding regions have to offer,” Mr Goh said.

“In an anniversary year, it is very pleasing that we can partner with World Routes, Adelaide Airport, the South Australian Tourism Commission and Tourism Australia to support a conference that will shine a light on the wonders of Adelaide and South Australia more broadly.”

Minister for Tourism, Trade and Investment, David Ridgway said Singapore Airlines was a great fit for World Routes Adelaide, given that the airline stands as Adelaide’s longest serving international carrier.

“Adelaide has had an immensely strong relationship with Singapore Airlines which has reliably served our key markets in Europe and Asia for more than three decades.”

The 25th edition of World Routes will see thousands of delegates travel from all over the world to meet in Adelaide for four days of face-to-face meetings, networking opportunities, and the Routes conference programme which will see airline CEOs such as Merren McArthur, Chief Executive Officer of TigerAir Australia, take to the stage to give an insight into their carrier’s future. The World Routes 2019 conference programme will also feature a panel discussion on how the aerospace industry can do more to effectively recruit and promote women within the sector.

Redeveloped in 2005, AUD$1 billion is currently being spent on projects to further expand Adelaide Airport’s capacity. Passenger numbers have grown steadily in the last decade to over 7.7 million and aircraft movements are expected to grow by 3% over the next 20 years. Countless new routes have been added to Adelaide's international network in recent years to including services to Doha and 2018’s World Routes host city - Guangzhou.

Adelaide Airport Managing Director, Mark Young, said: “Singapore Airlines has been our longest serving and most popular international airline, and a wonderful supporter of the Adelaide market.  They provide excellent connections that will benefit World Routes attendees arriving from around the globe.”