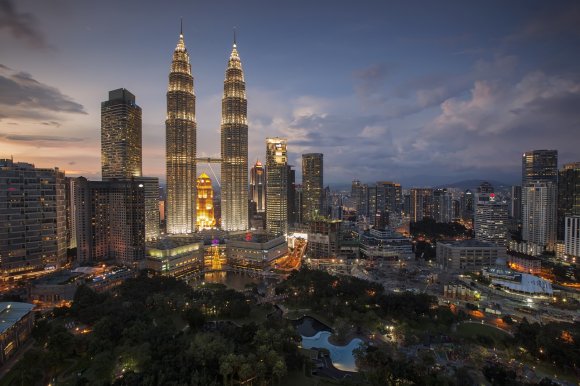 Malindo Air is to begin a new service to India with the launch of three-weekly flights to Varanasi. The Kuala Lumpur – Varanasi route, which is currently unserved, will start on 18 July 2019, operated by Boeing 737-800 aircraft.

Varanasi is a city in the northern Indian state of Uttar Pradesh on the banks of the river Ganga. It is thought to be one of the world's oldest continually inhabited cities, as well as one of the holiest in Hinduism. It is therefore an important Hindu pilgrimage point.

Malindo has been steadily increasing its network from Kuala Lumpur to India in recent years, adding Bengaluru in December 2017 and Kolkata in October 2018. The new non-stop route to Varanasi will be the low-cost carrier’s ninth to the country, in addition to Amritsar, Bengaluru, Delhi, Kochi, Kolkata, Mumbai, Thiruvananthapuram and Tiruchchirappalli.

Flydubai is today launching a new twice-weekly service to Sochi in Russia. Flights between Dubai and the Black Sea tourism resort will operate on Mondays and Fridays using Boeing 737-800 aircraft.

The low-cost carrier has been present in the Russian market since 2010 and becomes the first carrier to offer direct flights on this route from either the UAE or the Arab states. Emirates will codeshare on this route.

Earlier this year, authorities of the UAE and the Russia announced a visa-free regime between the countries for the respective passport holders for the first 90 days upon the arrival.

Sochi is popular for its beaches, forests and Caucasus Mountains, as well as for hosting the 2014 Winter Olympics and being home to some of the best facilities for winter sports. Flydubai is collaborating with tour operator group WOWSOCHI on the launch of the route.

Air Canada rouge in winter 2019-20 season is introducing two new Caribbean service from Quebec City, the host of Routes Americas 2019. The airline will fly once a week to the Mexican holiday resort Cancun from 21 December 2019 using Airbus A321 equipment. It is also adding a weekly service to Punta Cana a day later. The route is likely to attract leisure travellers wishing to escape the harsh Canadian winter. Air Canada rouge will compete with Air Transat and Sunwing Airlines. WestJet ended service on the route in 2016.