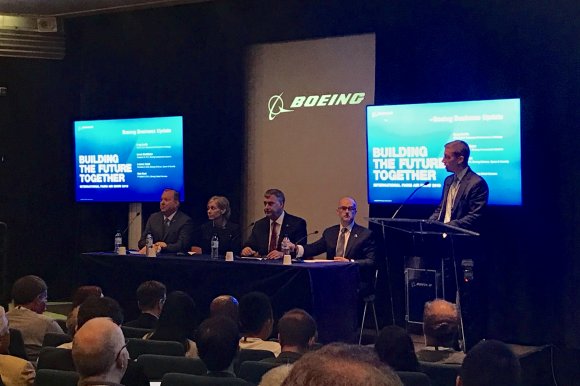 Speaking at a press conference at the Paris Air Show, Kevin McAllister, the chief executive of Boeing Commercial Airplanes, admitted that Boeing has “work to do” to restore trust. However, he refused to be drawn on when the aircraft would return to service.

“Company-wide our first priority is doing absolutely the right thing and doing everything to get this airplane safely returned to service,” he said.

“I’ve been in the industry for 30-plus years and this is the most trying of times. But without a doubt, this is a pivotal moment for all of us. It’s a time for learning and to be introspective. It’s a time for us to make sure that accidents like this never happen again.”

The global grounding of the Max jets in March 2019 in the wake of two deadly crashes is already having an impact on the world’s aviation route development.

More than 375 of the aircraft were operating on nearly 1,000 routes when the decision was made to ground the fleet following the Ethiopian Airlines crash in Addis Ababa, which happened in the same month, killing all 157 people on board.

“This is also a challenging time for our customers,” said McAllister. “I am sorry for the disruption this has had to their passengers and to their operations, especially during the peak summer season.”

He added: “Our regulators will decide when the MAX returns to service and I won’t speculate on a date.”

Speaking at the same press conference, McAllister said Boeing continues to make progress on the development of its new 777X aircraft, despite engine issues. The first flight is set to be delayed after problems were identified with the General Electric engines fitted to the aircraft.

The delay comes as Emirates is understood to be in talks with Boeing to stretch out deliveries of the 777X over a longer period of time. The Gulf carrier bought 150 777Xs in 2015.